I am an artist who works with the medium of textiles and embroidery. I reimagine the use of this traditional practice by creating pieces that highlight themes l feel strongly about. Often l subvert the initial meaning to produce a work with a multiple context.

Working with embroidery as an art form to deliver messages and to highlight important social issues.

After attending a mental health exhibition, I was really moved by two samplers that had been created by an inmate of an asylum. Having been incarcerated by a patriarchal society that refused to hear her voice, she used sewing as a methodology to petition Queen Victoria.

Having always been creative, the thought of subverting the norm, by corrupting the traditional idom of the sampler for such an emotive purpose, really resonated with me.

I then began to express my own thought and to tackle issues that I felt strongly about via this medium.

My work has featured in several exhibitions in the UK and in the Cash is King exhibition which showcased artists included in the published book at The Saatchi Gallery.

My work also appears in the street art communities in the UK and at various locations around the world. 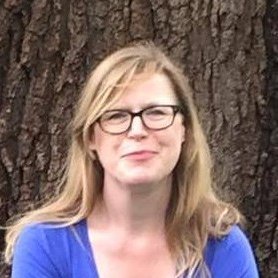 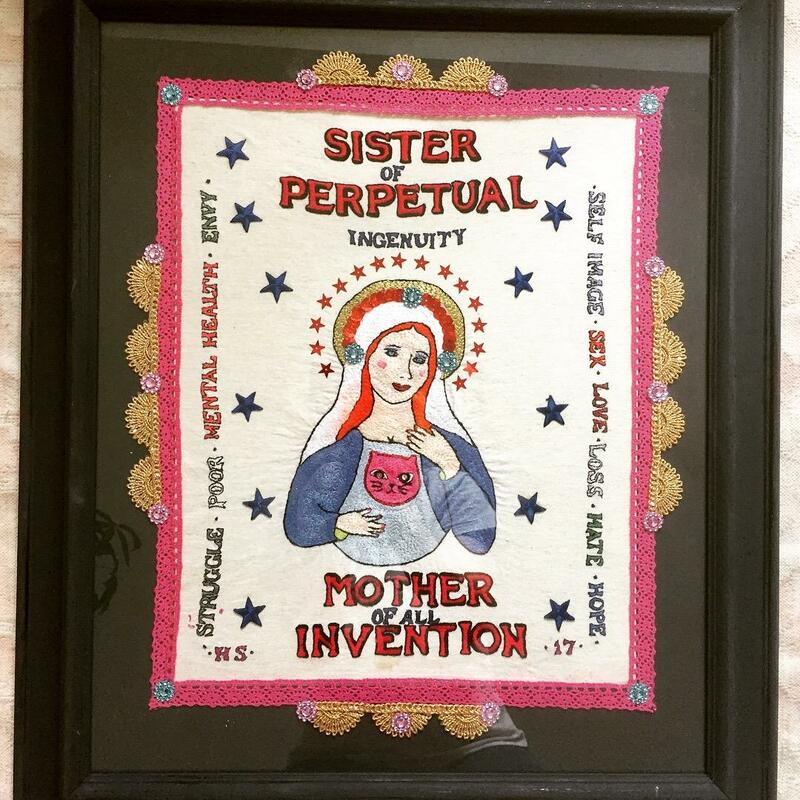 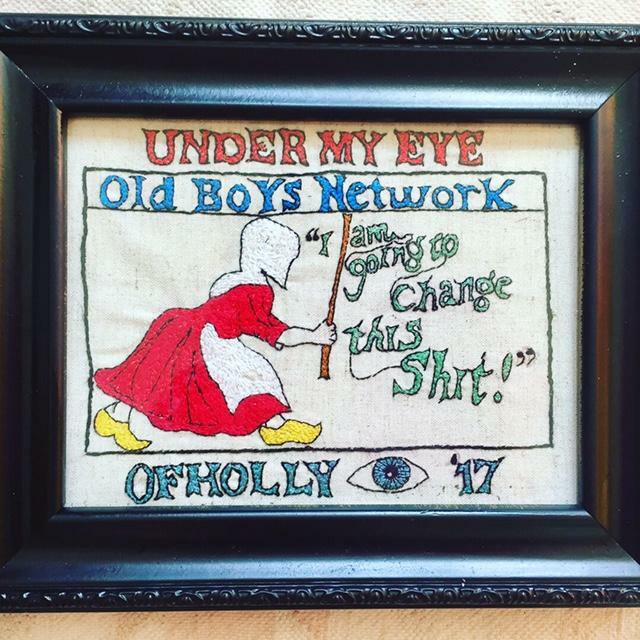 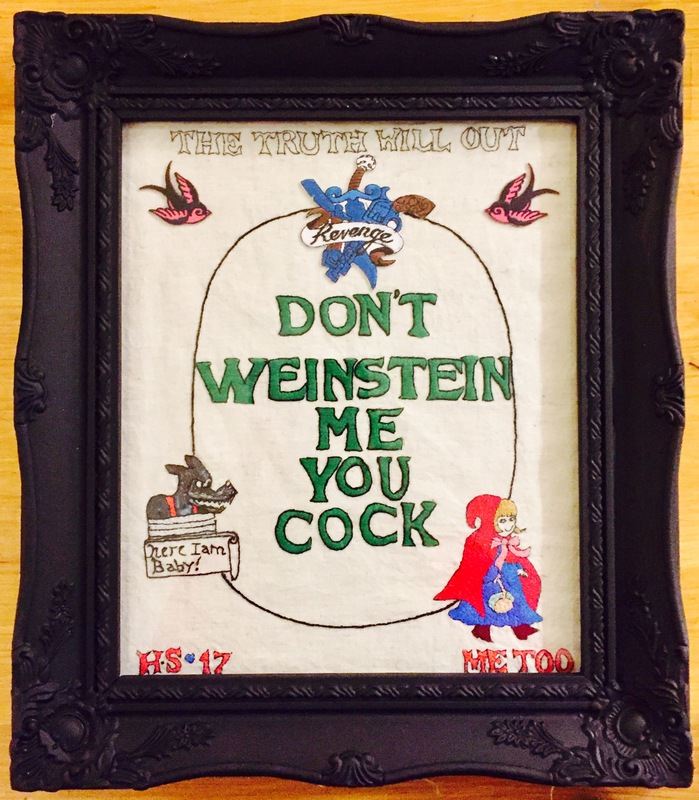 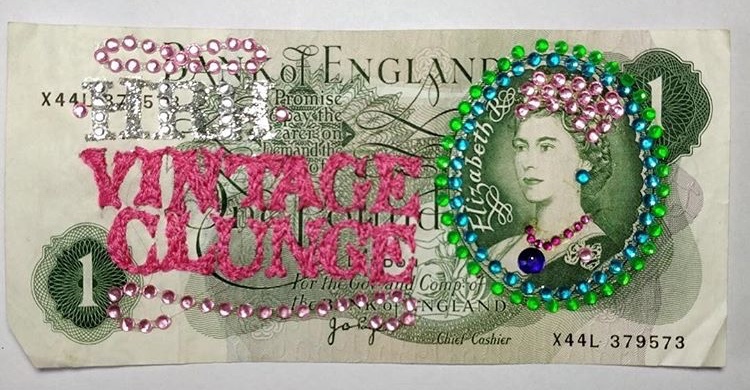 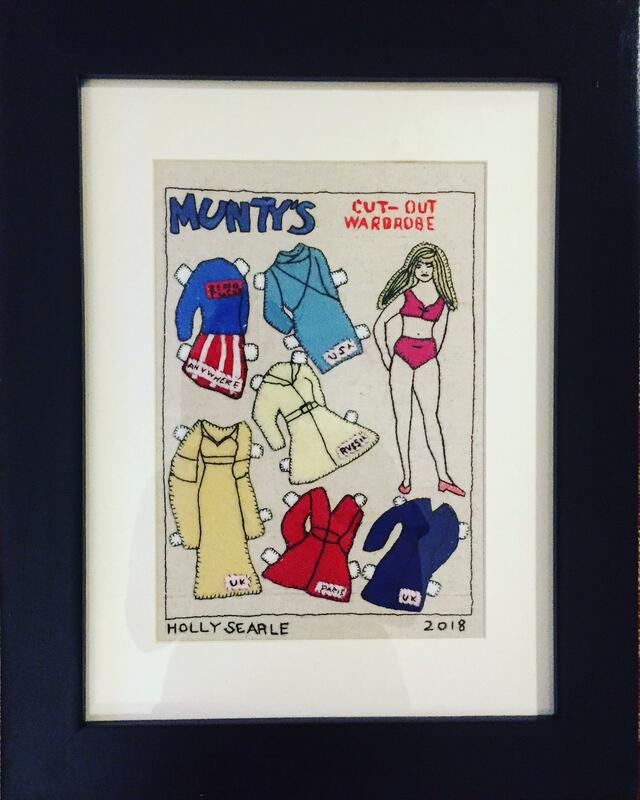 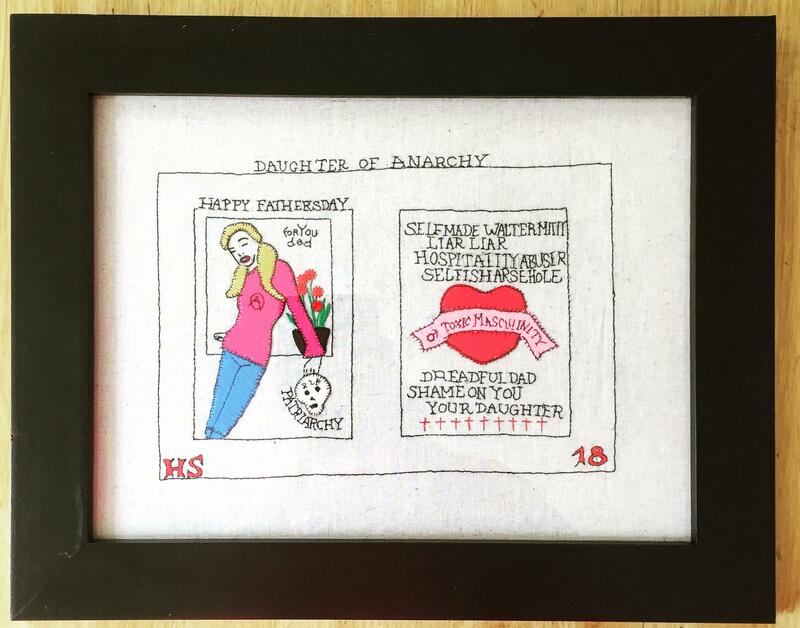 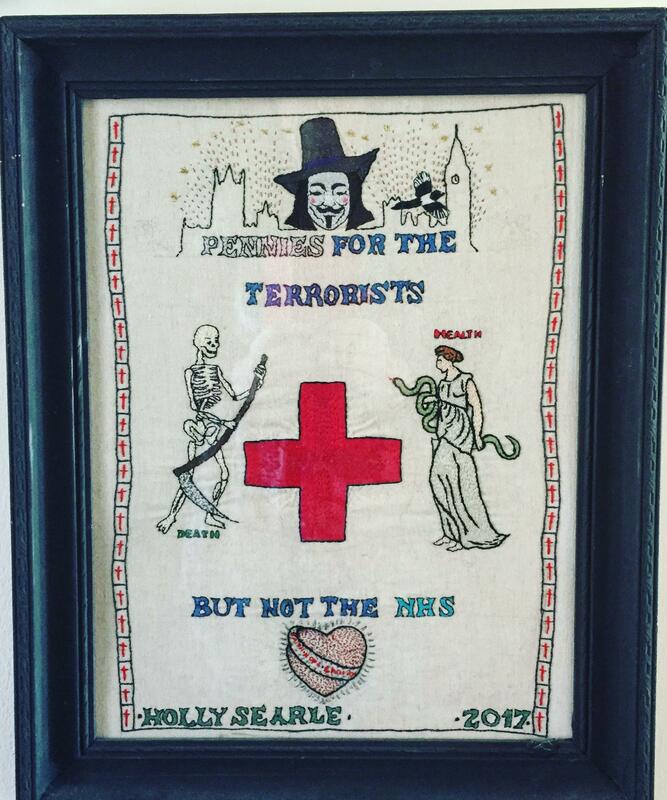 Pennies for the Terrorists , Embroidered on linen., 2017 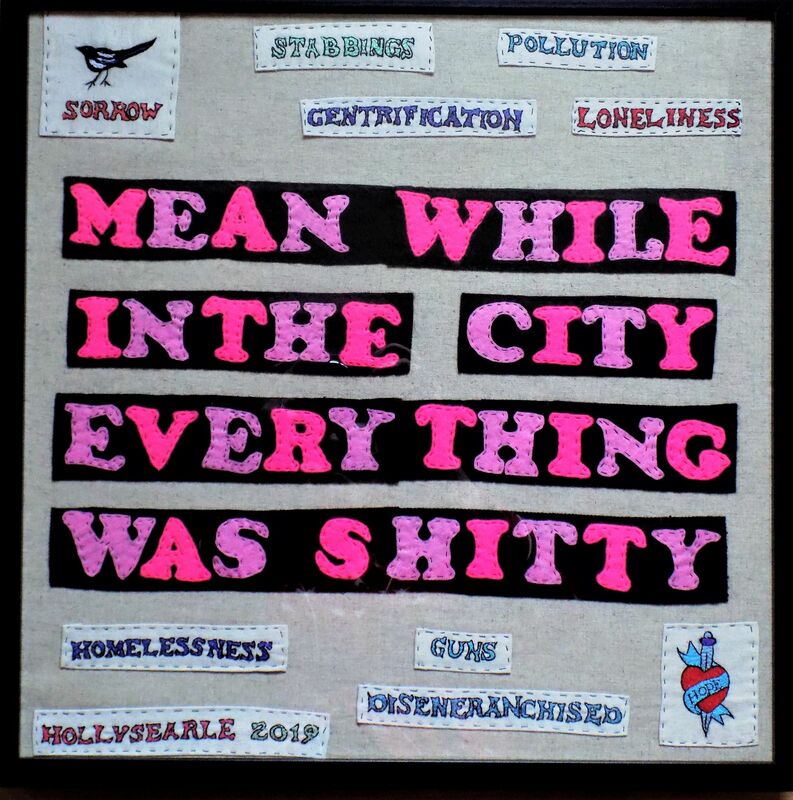 Meanwhile in the City, Mixed textiles, 2019