I have been working for over 10 years as an artist and tutor, specialising in fused glass, but with a focus on mixed media techniques. Exhibition throughout the Uk, in London and India along with being invited to run workshops in various locations throughout the midlands.

Since completing my degree at Lincoln University in 2007 I have been fortunate enough to work in a number of creative environments, including but not limited to privately owned contemporary art galleries, non-profit making arts festivals, large scale artists’ studios/workshops, council run galleries and museums. All this as well as running my own artistic practice as an Exhibiting Artist and Tutor, specialising in Fused Glass but with an emphasis on complimentary mixed media. The vast variety of experiences has helped me to develop skills in working to increase social interaction within the arts. Both building engagement with the process of creating, in whatever form it takes, as well as viewing a completed piece and encouraging conversation about the thoughts and feelings it invokes. I have personally curated 8 exhibitions of artists work and completed large scale commissioned works to deadlines.

The Surface Details Project which uses the theme of ‘the finer details of our surroundings’ is an ongoing series of works, mini residencies and collaborative sessions. The project has developed since its conception and has been exhibited on a small scale in a number of venues. Two solo exhibitions of mixed media works and a series of photographs and line drawings have been showcased in a group exhibition which explored living with issues such as chronic pain, depression & anxiety. With a focus on public engagement, through both social media interaction and by running creative workshops designed to encourage individuals to find their own way to stop, breathe and appreciate the little things in their surroundings. 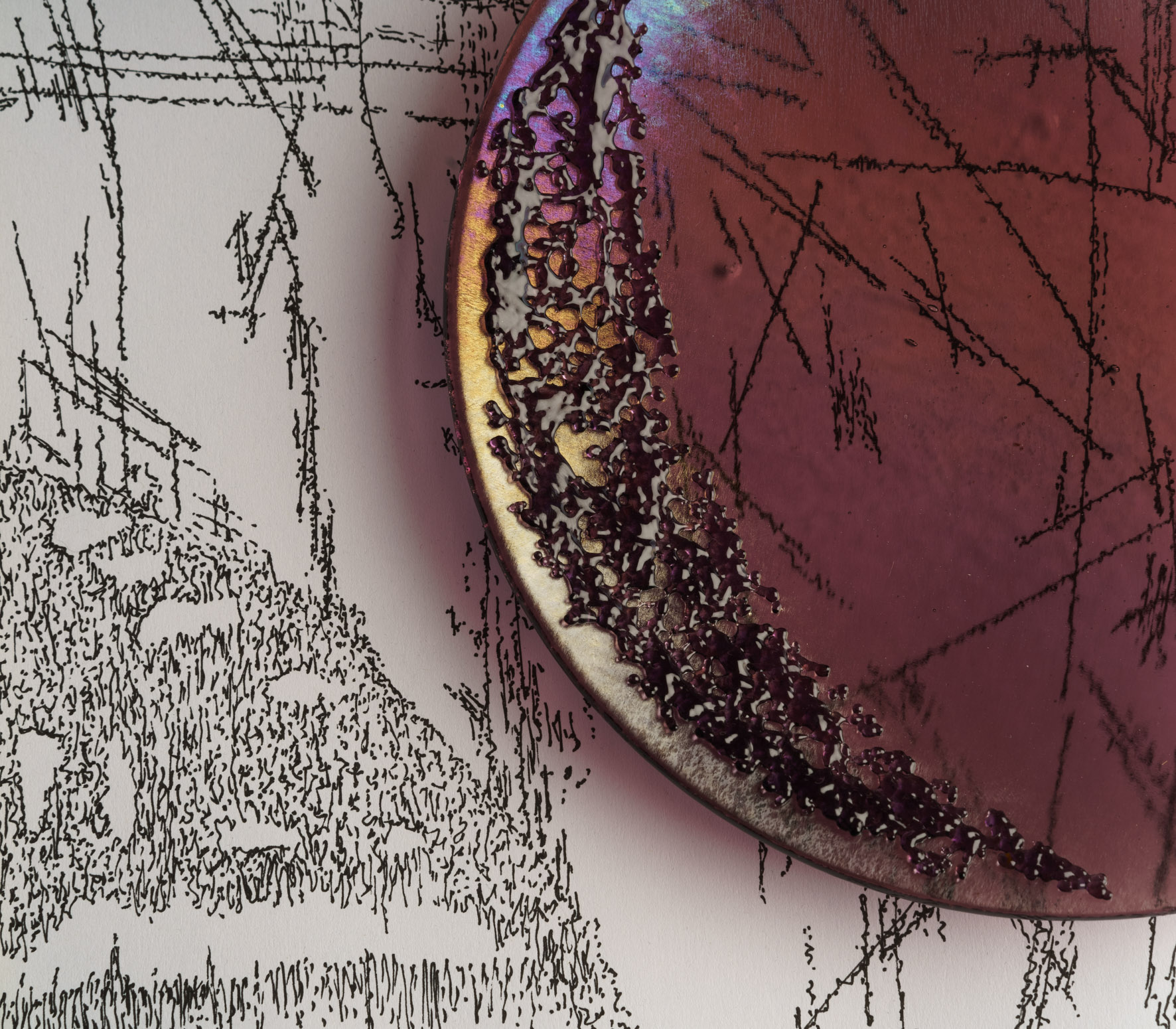