As a Peruvian artist have research and depicted pre-Columbian art and how is reflected in a contemporary context, together with the awareness of climate change and its influence on its habitants from ancient times till now, were human intervention contributes to it.

My work is done based on memories from trips on the road in my country of origin Peru and later here in Europe, been the motorway the conduit to these imaginary landscapes of escapism and to my work. Extensive research on Peruvian coastal ancient civilisations imagery together with motorway photographs along the Pacific coastal desert taken by me during trips and memories mixed with cartoons from my childhood, like the Willie Coyote (a great painter of fake tunnels) and the never catch Road Runner, are reflected on my work together with other environmental signs and subjects related to the landscape, like the moving hills, San Pedro cactus, ancient imagery, giving this way a magical connotation to the work, together with the awareness since childhood of the historical intervention of humanity on the change of occurrence of natural disasters that are a function of climate change like the phenomenon of El Niño, affecting the flora, fauna and human population, including cultural heritage of humanity in a very aggressive way, and its consequences, like flooding and drought, producing famine, poverty and therefore, social conflicts and chaos. Like this virus, that is product of deforestation and over population crossing natural boundaries. Reasons why I use in my practice recycled cardboard boxes together with other recycled materials, that have been introducing gradually in the work. 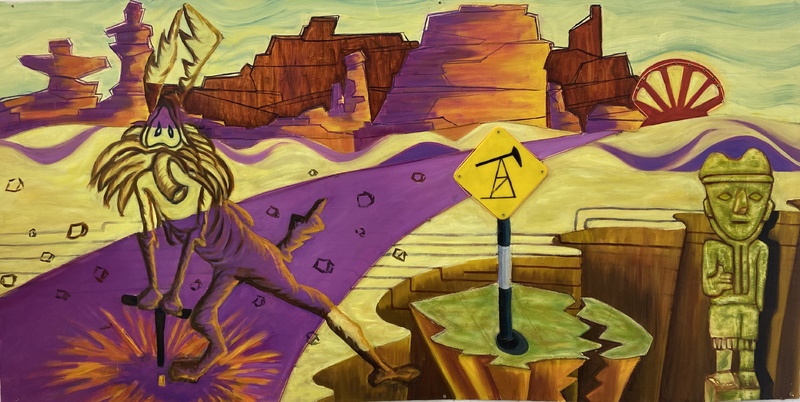 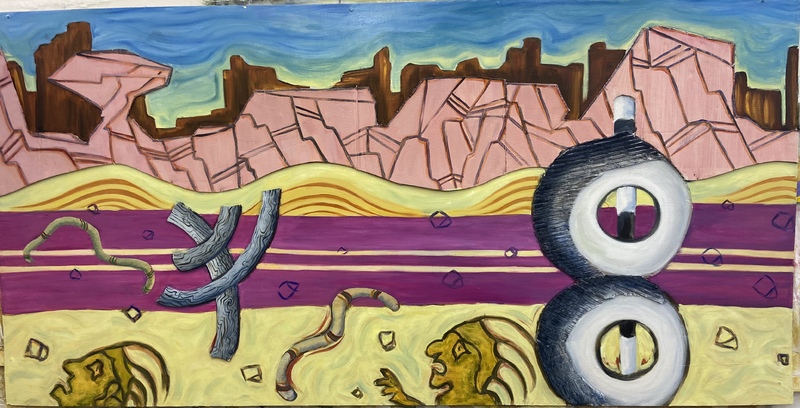 Is The End of The Wolrd and We Know it, Oil on wood and recycled cardboard, 2020 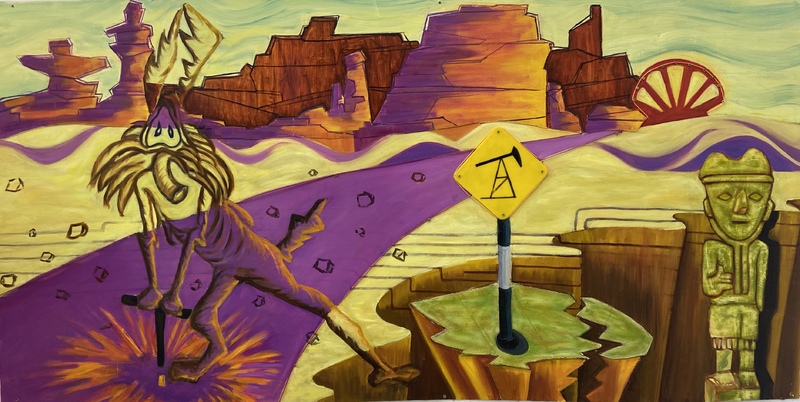 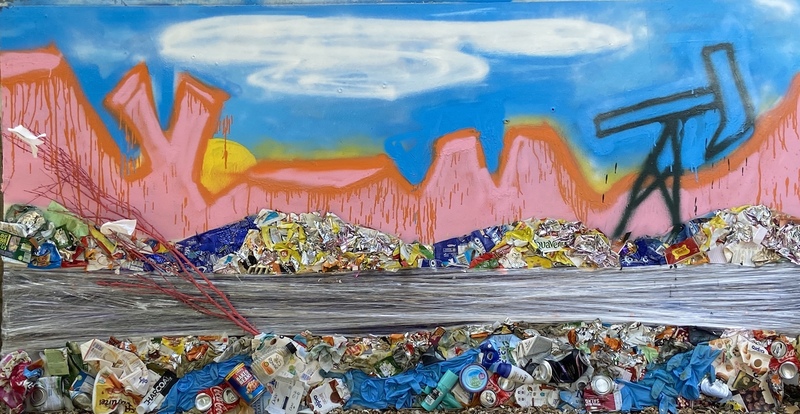 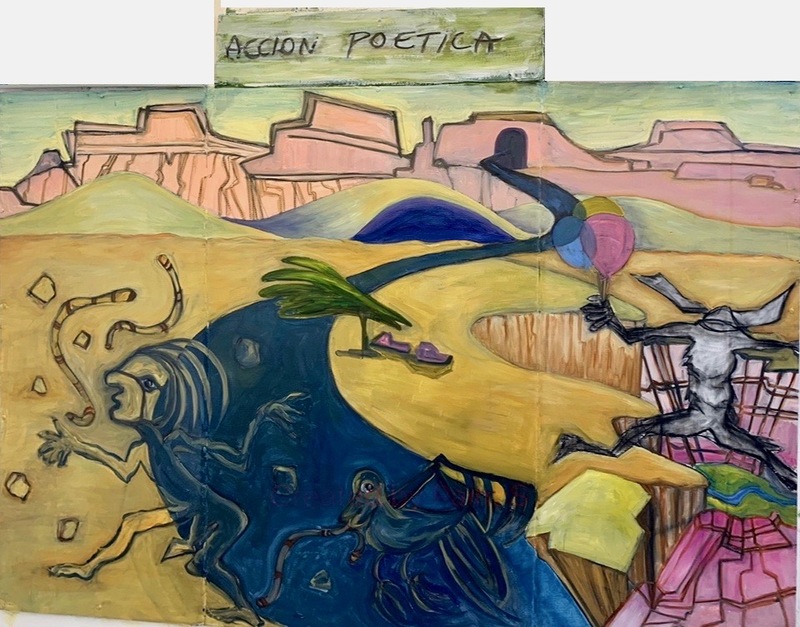 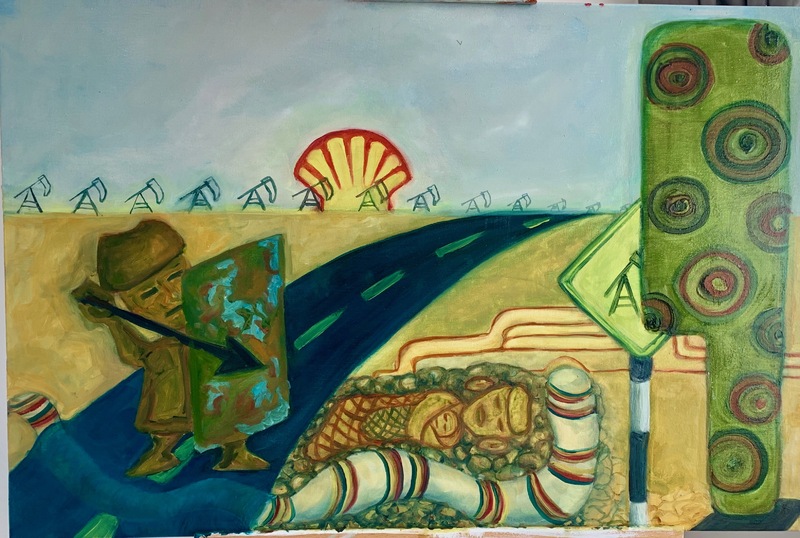 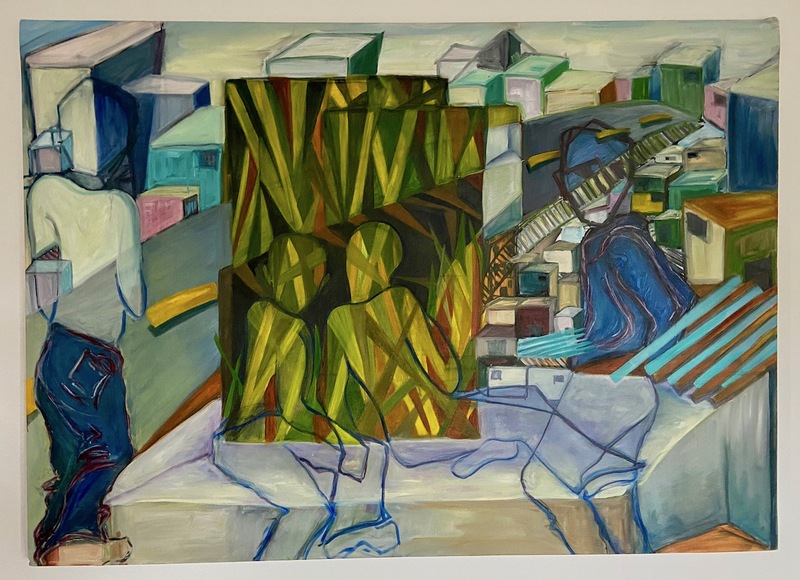