Tom Smith is an artist who works with day-glow paint, digital media, and audio. His work is often designed to be viewed using a mixture of augmented reality, ultraviolet lighting and/or 3D glasses. Much of Tom’s work is about perception, paradox and self-delusion, how the parameters of truth, or reality are all agreed constructs, a lie we are all complicit in.

Following a heart transplant in 2016, Tom was blessed with vigour, a new life, an unstoppable drive, occasional manic episodes, and a touch of synaesthesia . He started painting and just couldn't stop.

Paintings are printed out, defaced and glued back into digital creations. He creates software specifically to take his paintings and generate new leaping off points, to challenge his own creativity. He attempts to capture the multidimensionality of life, the paradoxes, the contradictions, not what is seen.

Deeply interested in reality , he has recently turned the speech patterns of Donald Trump's bilious utterings into beautiful soundscapes, the BBC news into psychedelic animations, and attempted to encode other people's artworks into music, playing with how we easily and arbitrarily codify the world around us. 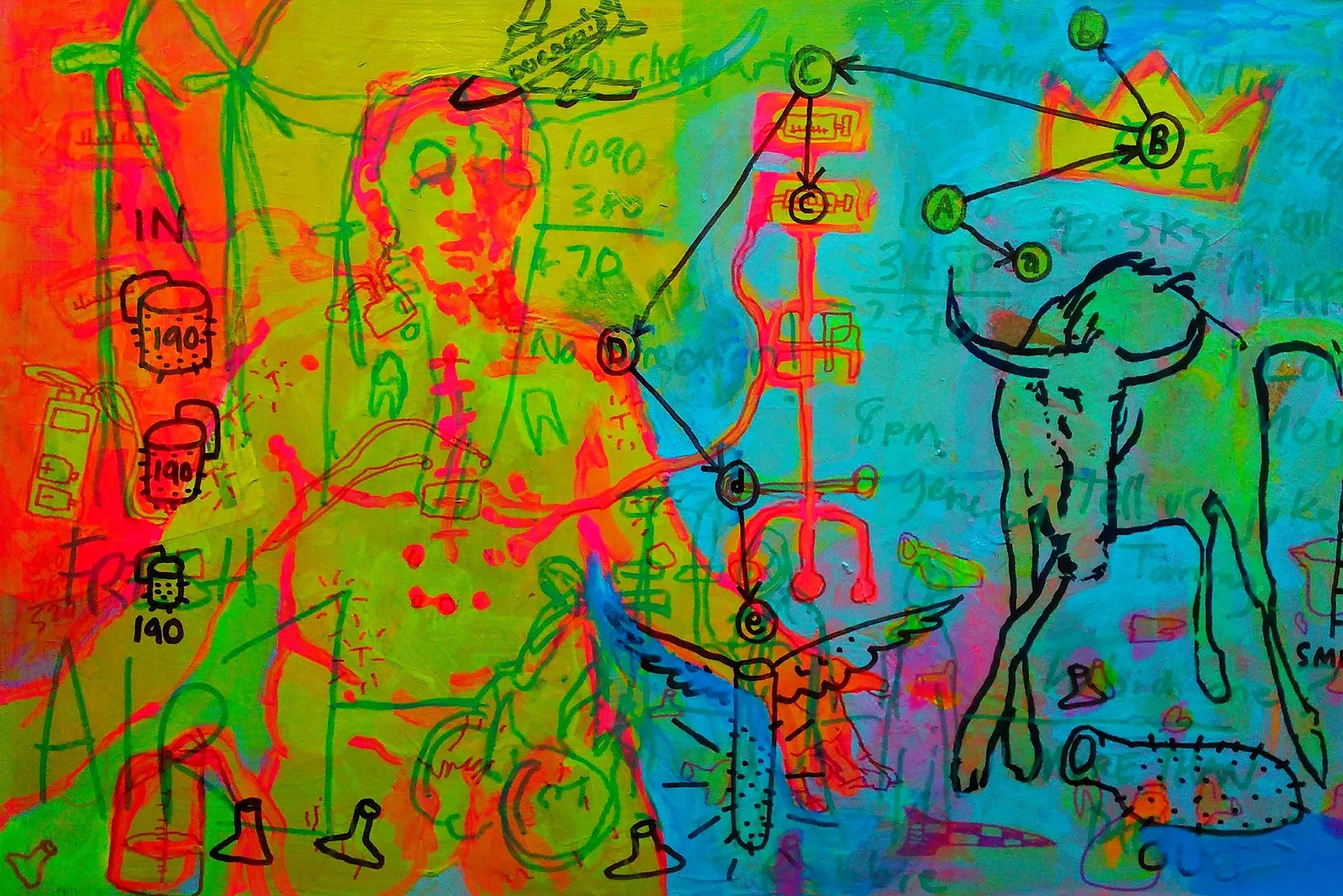