Rachael Elwell's work explores her interest in repetitive drawing processes as an obsessive and ritualistic activity. She was born in Greater Manchester UK in 1980 and continues her studio practice in Hebden Bridge, West Yorkshire. She has exhibited internationally and is currently looking for gallery representation.

Rachael Elwell's work explores her interest in repetitive drawing processes as an obsessive and ritualistic activity. What starts as an intrigue into the surrounding constraints and boarders of the hand becomes a transgression of rules that forms as random, chaotic and lucid. With these running central to her in her work, Rachael often begins by placing hundreds and thousands of minute hand drawn lines closely together inside large geometric boundaries formed in carefully measured grids, torn paper, and the edge of the drawing surface.

Rachael’s intricate forms appear to be uniform, or at least upon first glance, as the intention is to copy the same mark repeatedly. Through her systems, each mark differs slightly from the previous, in turn the activity of viewing becomes 'long form' it resembles the experiential mark making that takes weeks to produce.

Here perhaps Rachael work is reminiscent of the time based processes that Sol Lewitt instructed in his drawings and sculptures. Beyond the form and geometry that is visually apparent, the progression of time plays key in how the work is made, in Lewitts' case he often passed on the actual mark making to the gallery whilst retaining the authorship; the instruction & facilitation is the work. Perhaps in Rachael's work this is inverted as her drawings must be executed solely by the artist, it being a private creative action opposed to an open one.

The more the viewer looks, then further complexity in the composition is unveiled through the mechanics of the eye and the psyche of the individual. The scale of these drawings are human; they are within the measure the of the Artists' hand movement, the density of simple actions amass something that leads the eye, it again touches upon how the experience of looking is a manifestation of the self. The act of looking is what Artist and writer Clement Greenberg termed as a primary experience, the viewer is actively experiencing the work and producing meaning by what is observed.

What happens in the making (for Rachael) is something that equates time to mass: a process akin to photography where time is 'captured' and made static in the development of the image, we know through looking at that image that time was exposed oh so momentarily into a frame. Rachael's work is time-based albeit over a much longer exposure.

It is within this slow long exposure that the materials and mechanics of drawing come to the fore: paper, pencil, ink and space. Time and space presents the humanness of the materials, this is not pictorial or merely abstract, its duration and what duration does here is imbue this sense of infinity- an ever changing arrangement of forms that are far from whole in the moment of production. 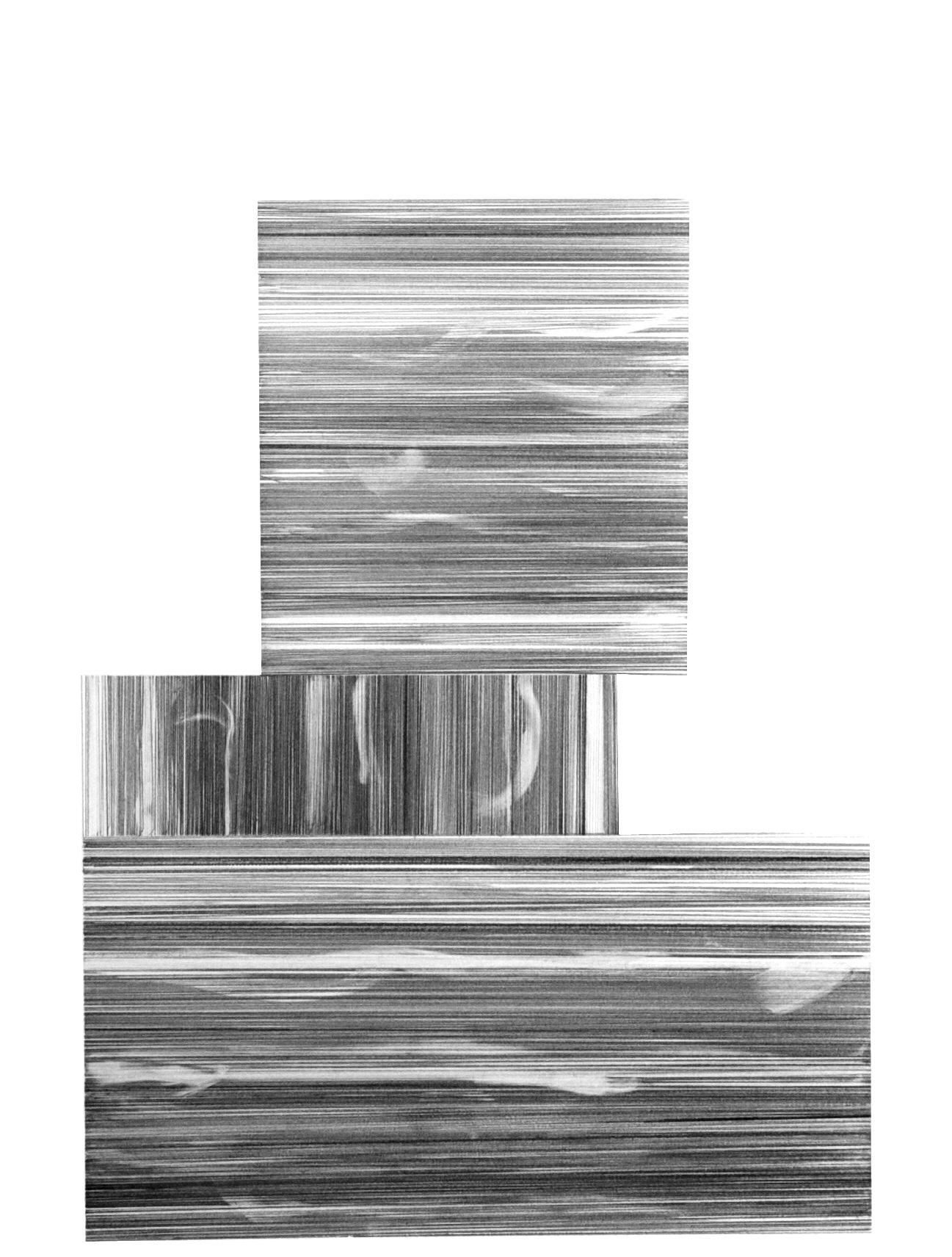 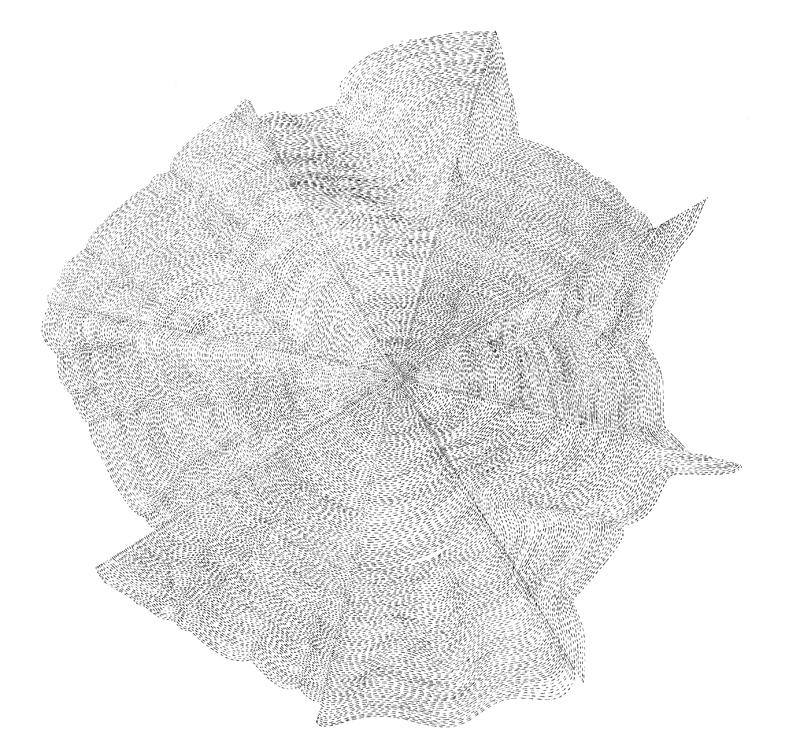 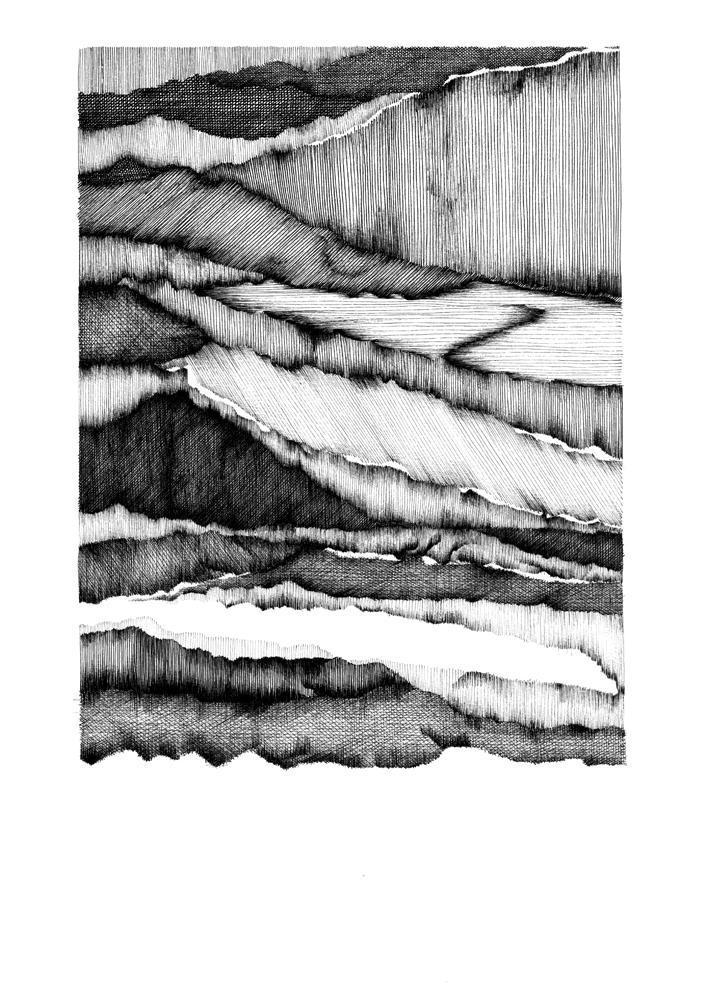 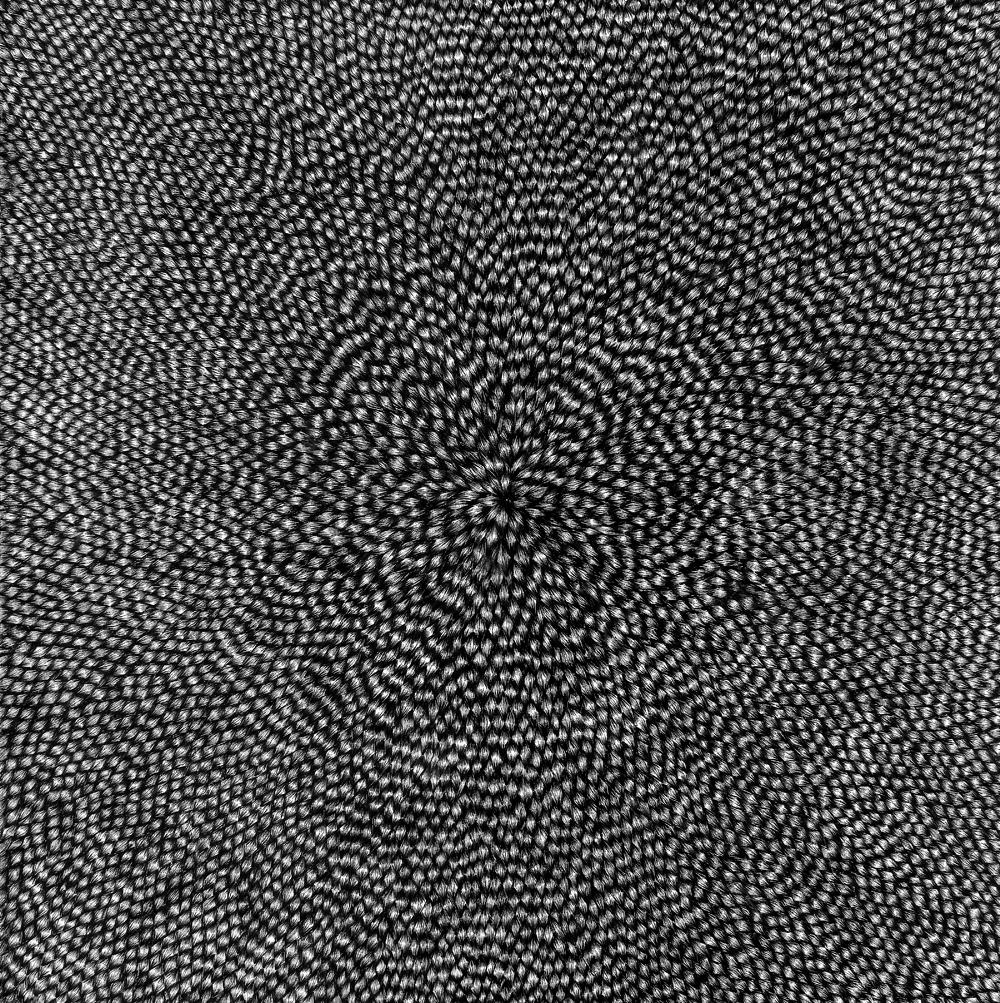 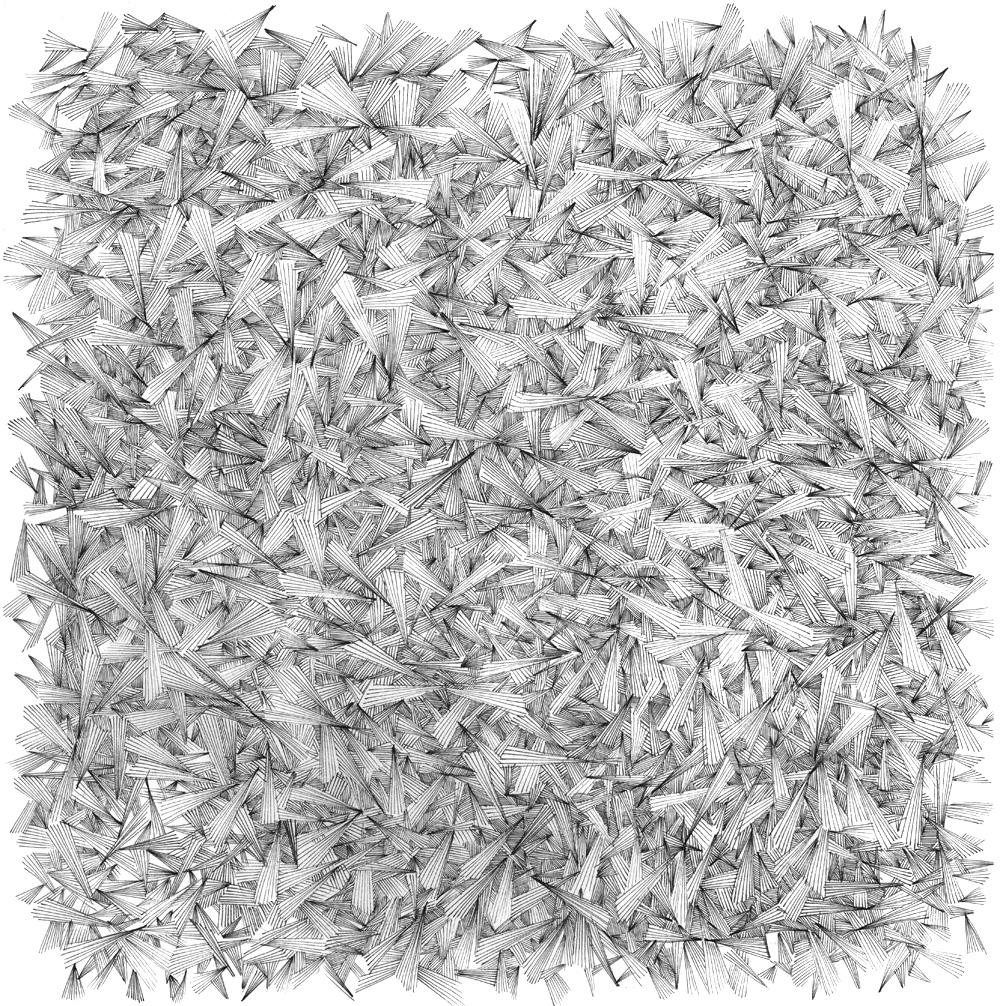 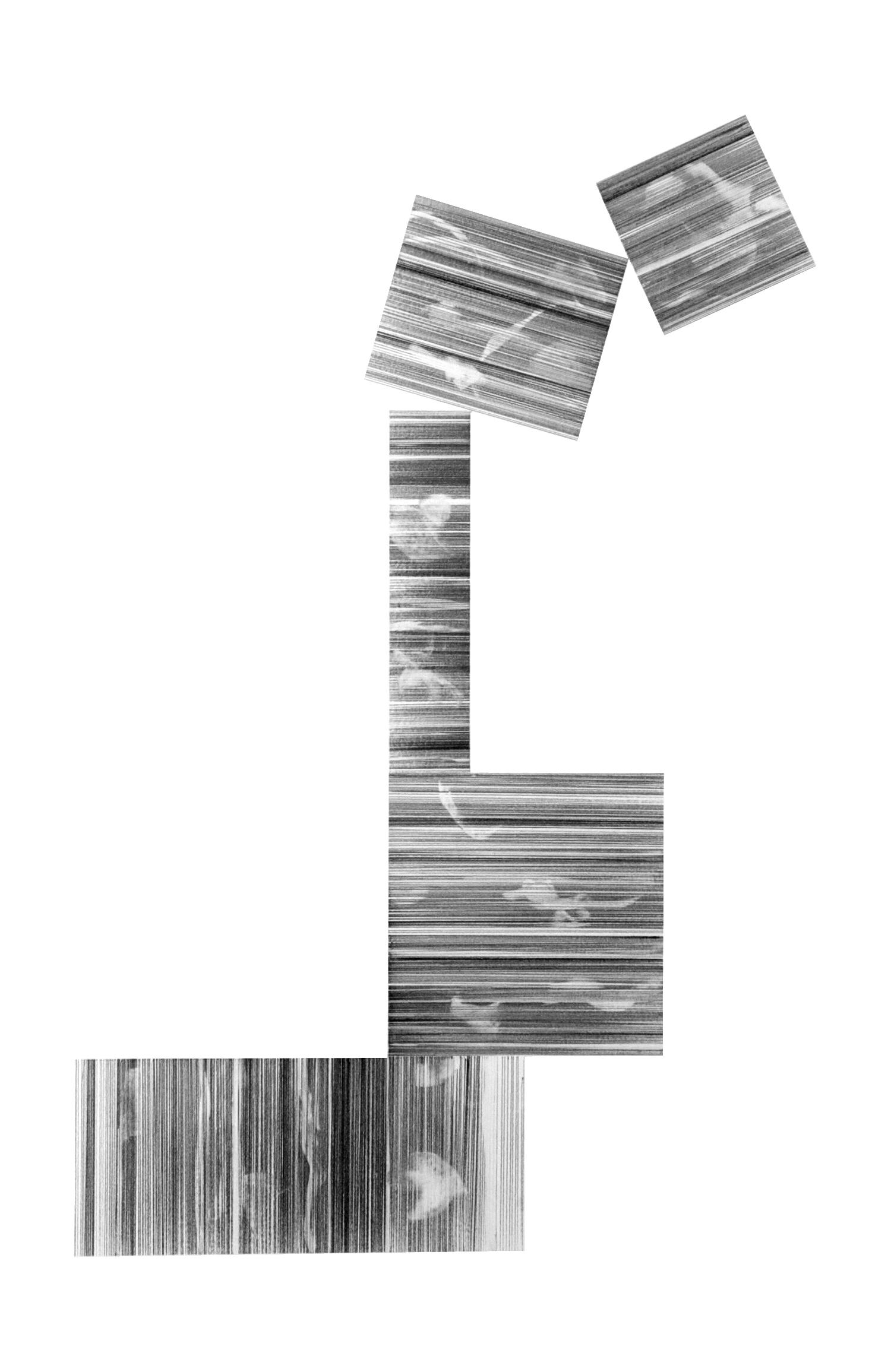