Karis Hopkinson is a visual artist based in Sheffield. She works primarily in digital drawing whilst also exploring video, installation and sculpture. All of the work uses Hopkinsons graphic visual language and aesthetic, which is based on a series of contrasting ideas surrounding landscape, environment, text and image. She received her BA in Painting in 2017 and is currently working on a MFA.

Hopkinsons work draws from a baseline interest in landscape, space, place, the history and romanticism of landscape painting, the graphic language of advertising and the city, the tension between text and image, the sensuality of word as image, the question of how we read text vs how we read image and the overlap between written and visual language. It is a recontextualisation of familiar elements and a series of contrasts with an aim to form a new visual language. The work is embracing the kitschy residue of landscape paintings romantic motif canon but using the space of the romantic landscape as more of a symbolic prop that alludes to another fragmentary reality, depicted in reference to the language of advertising and modernity; as if the Sunday supplement is collapsing in on itself. The disintegration of one type of language to form another. Playing with familiarity, presenting it as unfamiliar and unknown, and considering the unsettling nature of combining familiar aspects. In this way, the resulting graphic visual is systematically removed from landscape sensuality. The text forms, colour planes and ambiguous shapes overlap both each other and the landscape behind. They are at once harmonious with the natural space and constantly interrupting it, creating a visual disconnect. This disconnect, this visual jolt, creates a gap of understanding that she has come to consider as integral to the success of the work. 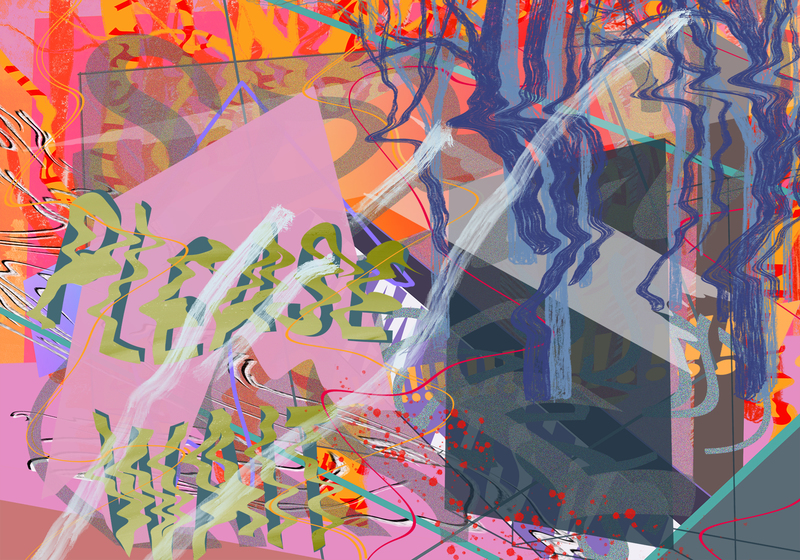 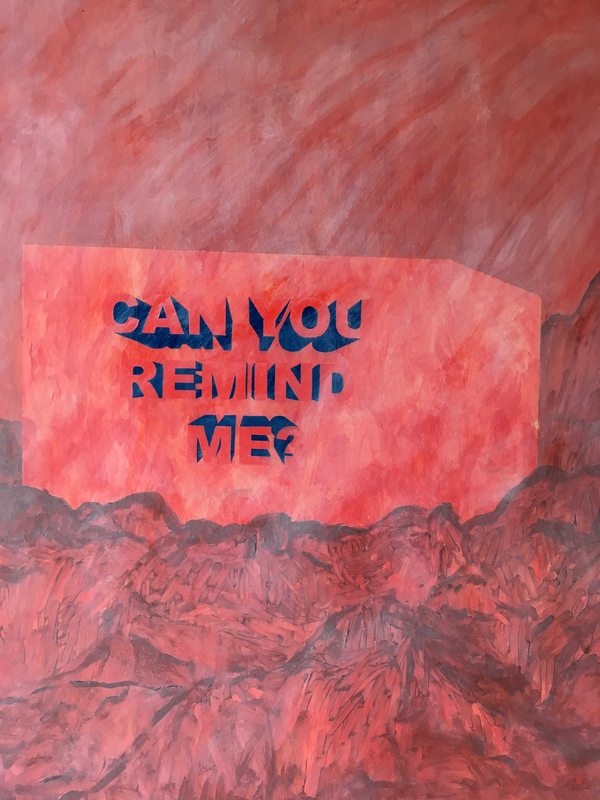 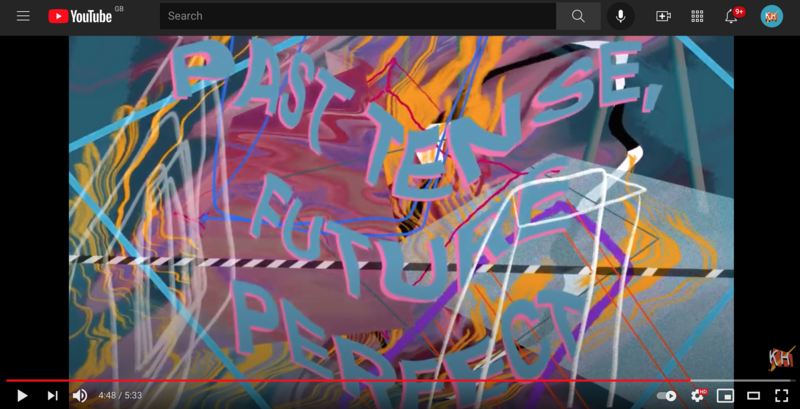 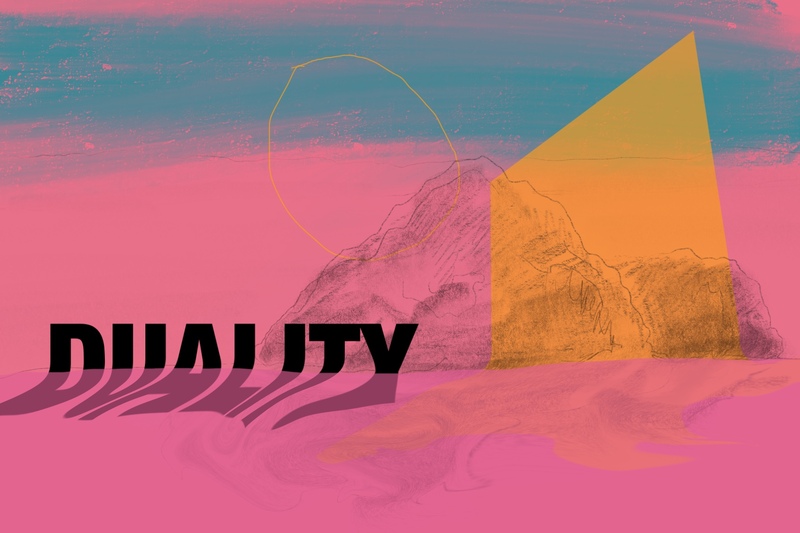 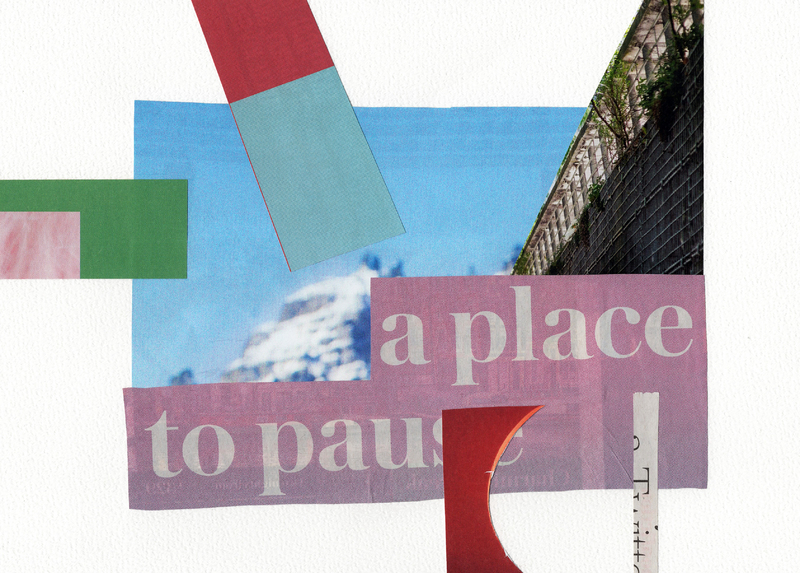 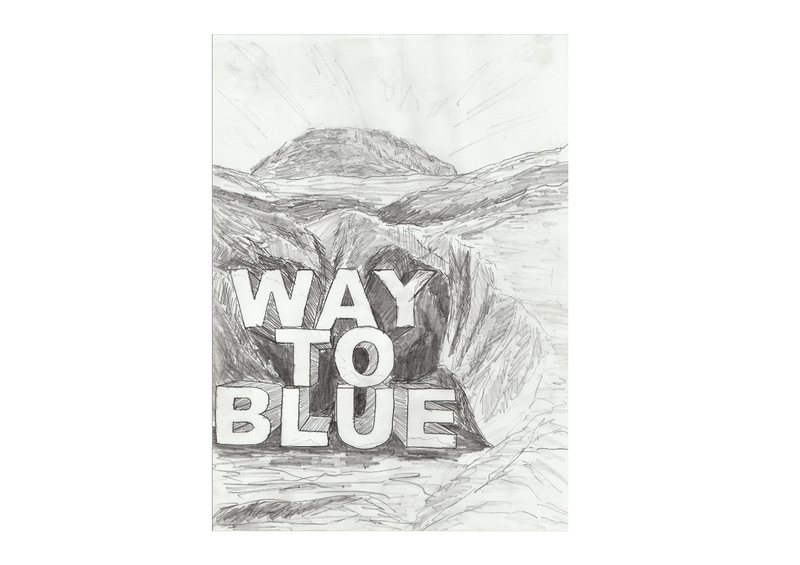 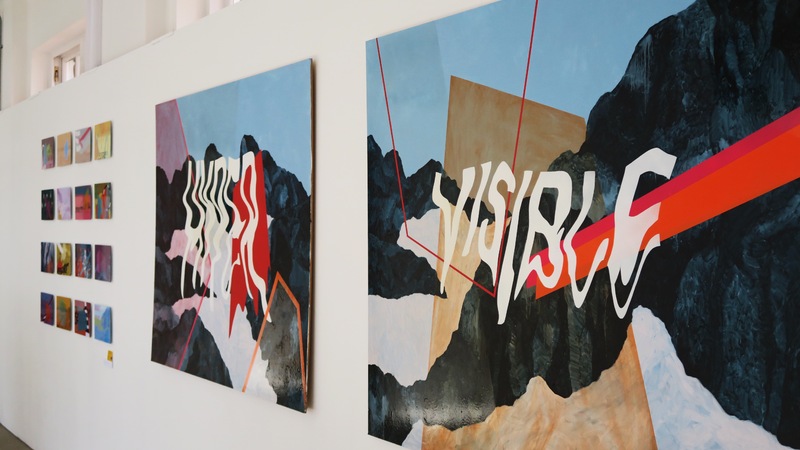