Paul was born in North Lincolnshire and studied in NUA and University of Leeds. Paul lived in London before returning to Leeds, where he lives with his family. Paul has work in private colllections and the Wellcome Trust archive. He has exhibited in including the Saatchi Gallery, RBS Gallery, the Wellcome Museum, Leeds Art Gallery and Manchester Contemporary.

Projects (Highlights): Sep 2016 to 2019: Transcending the Figure: A three-year Project that celebrates the public sector. I have created a series of figurative drawings and sculptures of people who work in the Emergency Services in Classical poses. This project is supported by Shakespeare Primary School and the COOP Academy, York College, EAST Gallery NUA, East Street Arts, Arts Council England, the Emergency Services and Artforms.

Sep 2017: Davies, Digby and Turner (Artist Led Collective): delivering a series of workshops and practice development (large scale drawings) based on Leeds Adults and health Mental Health Services and the people that use them. Supported by Leeds Inspired and working with the artists Jonathan Turner and Bruce Davies.

January to July 2016: Mosaic Leeds: Paul led a series of mosaic workshops with people living with dementia, their carer’s and families. A design was transferred on to a series of ten 4/4 ft panels. Then people living with dementia and who attend ten Dementia Cafes across Leeds and a Peer Support group completed the mosaic panels in sessions. Leeds Council funded. The individual panels formed one large and colourful mosaic. Supported by Leeds Museums and Leeds Inspired.

2013 to 2015: Portraits of Emotions http://portraitsofemotions.uk: A series of paintings and drawings of people expressing emotions of joy, anger and sadness. Funded by ACE GftA and supported by the Tetley Gallery, with a final exhibition and talk were held here in 2015. The work was also shown in Synthesis, Manchester Science Festival, University of Leeds School of Medicine, ESA Union 105 and Warren Street Pop up space and Munroe House Gallery. Funded by ACE GftA. The paintings are bequest to Leeds City Council and have been installed in to offices and commissioning buildings.

2005: Red House: Sculpture Commission by arc. Created a sculpture that travelled East Yorkshire to highlight alternative living models. It was a large scale upholstered Red House on a white plinth with seating. 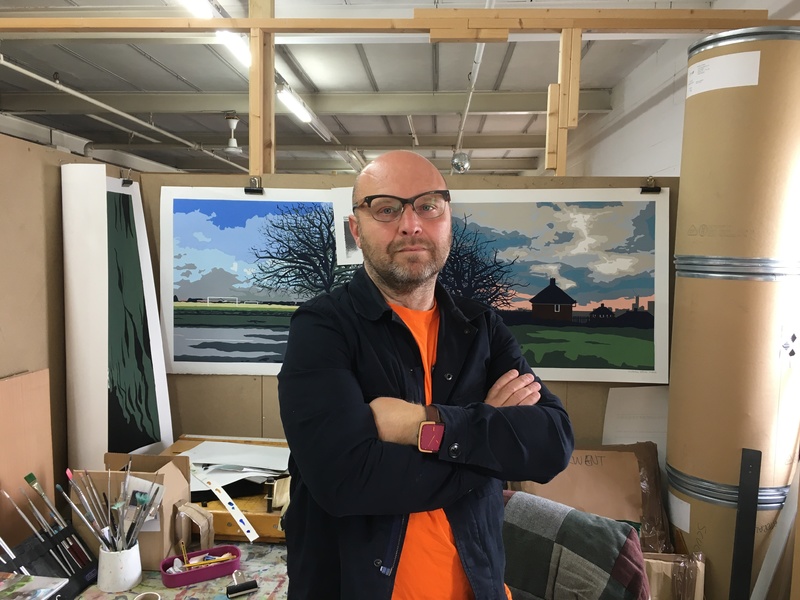