We will be hosting the second BIFF (Birkenhead International Film Festival) on the 17th May 2021. The BIFF aims to bring together a collective of filmmakers to explore the art of film from a varied range of backgrounds, filmographies and genres.

His goal is simple, to talk and discuss the art of film each and every day; so far he has discovered that Film Festivals are the perfect medium for discussion, meeting new people and the education of film. David Harrison is the creative mind behind Super8Bit, with a keen eye for editing, sound & the art of making films; being a prolific filmmaker himself.

Together they have had a dream of uniting their passion of film and arts together under many different projects. This is an idea shared by Andrew Shaw and Ryan Gauge at the Convenience Gallery, who are an artist-led initiative; A community and contemporary arts gallery and collective based in Birkenhead.

Convenience Gallery specialises in creative partnerships, artists, organisations and communities. Both organisations have teamed up to create the Birkenhead International Film Festival, a festival dedicated to bringing the world to Birkenhead. Located at the beating heart of Birkenhead at the Bloom Building; a building which houses a progressive and unique concept rewriting the rules around how the worlds of culture, community, social action and mental health can flourish together. Bloom Building also houses the Open Door Charity which reimagines common approaches to mental health. Welcome to Birkenhead international film festival, a film festival exploring and celebrating emerging filmmakers across both physical festivals and online programming.

This May, Birkenhead International Film Festival will be hosting 30 second short films which will be released over the course of a month on our online platforms.

This Film Festival will be a continued online exploration into the very best of 30 second short films from across the world. Any genre, style or narrative will be taken into consideration as long as the films are 30 seconds and under.

Successful applications will be curated and shared across our online platforms in a continued anthology of shorts.

Deadline: The end date for this open call will be April 25th

Make a submission Contact the curator
Who is eligible for this opportunity?
Anybody.
When is the deadline?
April 25th.
How many works can I submit?
As many as you like.
How much does it cost?
It's free.
Are there payments to artists?
No.
Is there a private view / opening?
No.
What publicity will be provided as part of the opportunity?
We will posting the films submitted onto our social media pages.
Do I need to be present?
No.
How do you decide on proposals?
A board of film screeners will watch the films.
What happens if my proposal is chosen?
You will be contacted and your film will be put up on a day in our 2 week festival run.
What kind of proposals are you looking for?
Any Film under 30 seconds

You must have an account to make a submission using CuratorSpace. It's free and only takes a few moments. Once registered you'll be able to keep track of all of your submissions and get updates on upcoming opportunities. 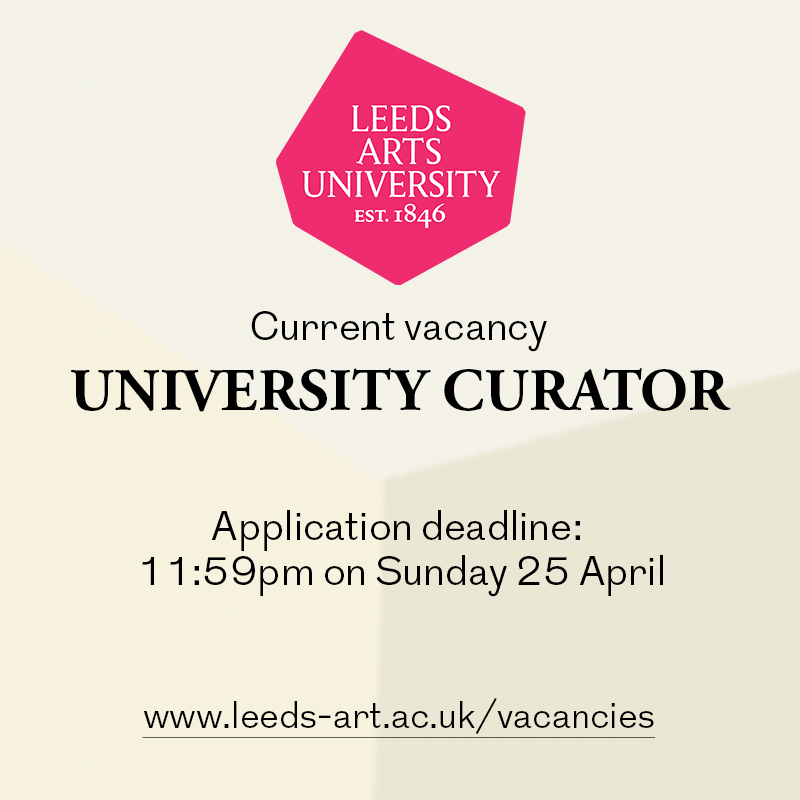 Other opportunities
Summer Unlocked
Summer Unlocked will be a programme of events and activities across Bradford District during... Open Call for Artists - Engagement Programme for the Weymouth Public Art Trail
Dorset Council would like to commission an artist or artist collaboration to create and deliver... OPEN CALL | OverThinker
To launch our new instagram project space, TymeLapse Studio invites all creatives (Art, Writing,...
More opportunities