Shane Finan is an interactive digital media artist and project manager based in Ireland. His artworks explore contemporary theory on technology, place and more-than-human relationships. His rescheduled residency in Northumberland explores the interconnectivity between forests, communities, technologies, and how much more poignant that has become post-pandemic. 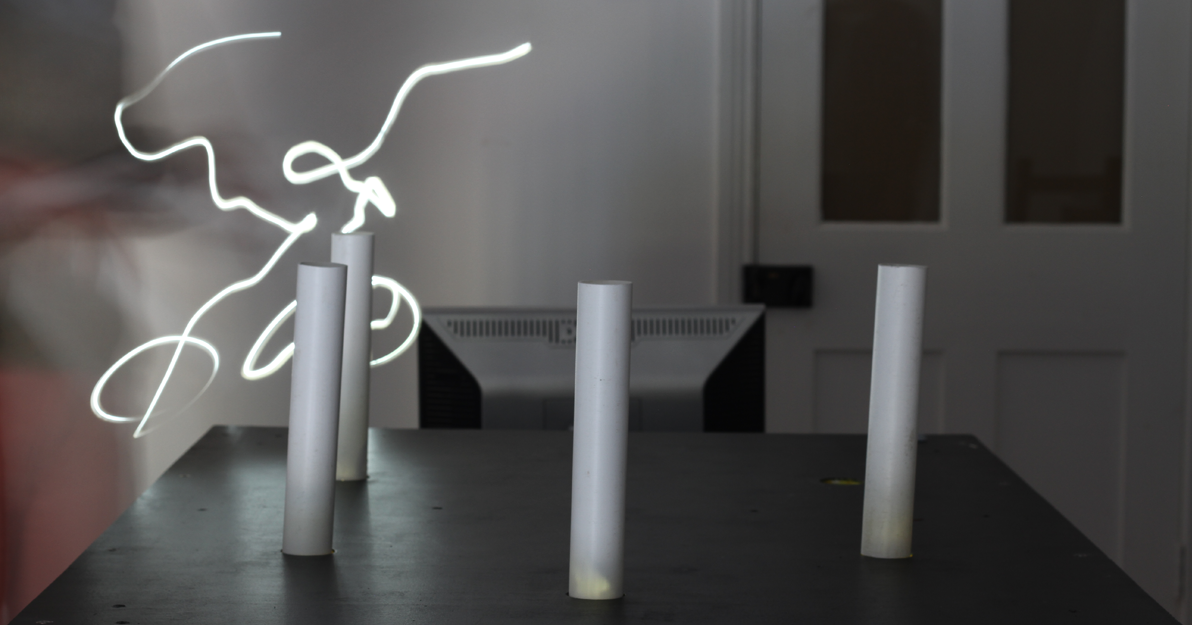 "I had started to wonder if I would ever get to beautiful Kielder in Northumberland. One year ago, I had to cancel all my plans. Like everyone, I couldn’t travel. But in April 2021, I finally made it to a residency in 'the remotest place in England'. My project, The Wood Wide Web, is about networks. But in a socially distanced year, how could I make work about social connections? I began working on this in 2019, in a different world.

It all started with fungi. I became addicted to their complexity, fascinated by how they live in forests. Under the soil, fungal threads link up with tree roots. They form relationships where exchanges are negotiated and messages are communicated. The fungi send water up; the trees send food down. Signals are passed underground to inform one another of nearby illnesses. It’s an organic economy that humans are only beginning to understand. These relationships, known by experts as 'mycorrhizal networks', are sometimes referred to as The Wood Wide Web.

The relationships aren't simple, and human language is not well equipped to describe them. So I am gradually trying to strip away language and focus instead on visual and interactivity. My work uses technology, including web, interactive installation, electronics and light, which are all useful media for telling this story.

A year after I had to cancel all my plans, I spent a month in Kielder. Every day, I hopped on my bicycle and travelled into the wildwood. I thought about plants, and people, and connections. I wondered about whether it is possible for people to really build a sustainable forest, and what this might mean. I considered a future, where these entanglements are better recognised and more pronounced. And I became entwined with Kielder, this place, and its people.

My residency at Kielder in April 2021 was part of a programme run by Visual Arts in Rural Communities (VARC) at Highgreen, Northumberland. The programme, ENTWINED.Rural.Land.Lives.Art features 6 mixed length residencies and associated artist projects in Northumberland, and the projects have partner organisations based in the area. I found the residency advertised on CuratorSpace in late 2019. I applied to work with Kielderhead Wildwood Project, Northumberland Wildlife Trust, where 39,000 trees are being planted by a volunteer community and staff, and was delighted to be selected. There are different network entanglements in such a large planting project, and I am looking at three: forests, communities, technologies.

The ENTWINED residency, the partner organisations, the artists, the forest, the fungi - they all form part of one collective whole. When I couldn't travel, I worked remotely with project partners and other collaborators. I began a series of videos in March 2020, Never Just a Tree, all hosted on VARC's Vimeo page (around 2-3 minutes each). This series will end after my residency finishes. The videos are polemic documentary, exploring the concepts of connectivity in forest, community and technology. Each has a long written piece associated, documenting the bank of associated research.

But as I wrote, I am gradually trying to remove language. Last year I created a light and sensor based installation, Chthonic, that reacted to non-verbal actions. While resident in Kielder, I built a light based installation about the human role in planting and ecological restoration at Kielderhead Wildwood Project, which debuted at an open studio at VARC, Highgreen, at the end of the month. And I am creating web-based artworks without any text, except for extended descriptions for the visually impaired. The first of these experimental pieces is available to view online.

A series of exhibitions organised by VARC will take place in Northumberland and Newcastle in late 2021 and early 2022 that will conclude the ENTWINED project. I will exhibit my works with those of the other artists, all brilliant practitioners who I am proud to have work alongside.

I don’t know where this work ends, or if it ever really will. It feels like the potential artworks are as varied and many as the different threads of fungi under the soil. That entanglement, after all, is why I am here."

Shane Finan is an artist based in Wicklow, Ireland. His project, The Wood Wide Web, is documented on his website and his most recent writing and work with VARC is available on his project page. This work has received support from VARC, Northumberland Wildlife Trust, and The Arts Council of Ireland.