Alix Edwards is a multi-platform artist who uses fiction, spoken word, painting and photography to tell untold stories about motherhood, loss, domestic violence and resilience. Her work gives a voice to women and children who society has silenced or ignored.

“A survivor of domestic violence, I have used photography to highlight situations where legislation has failed those women it is supposed to protect. I use numbers and scientific images as a starting point. Giant child-like canvases remember 29 children murdered during compulsory contact visits. Timed, candle-lit huge giant paintings, ‘Bodyflows’, re-invigorate MRI scans. Eyes shut, I mix paint on canvas; use stories, poems, my fingertips to create new narratives. Instagram series 104 locks highlights 2 women killed per week in England and Wales by domestic violence., Fallen, recently exhibited at g39 in Cardiff explores the etymology of the verb to fall with regard to women with a lifesize woman falling from heaven like a space plunging into the sea and the The Other Side of Sex and On Becoming A Real Woman, recently exhibited at Sexology in Los Angeles challenge society’s double standards when it comes to women and sex.”

“WoMen and Men”, Alix’s first solo exhibition at a dedicated gallery space in Wales, explored different aspects of womanhood in the 20th and 21st Century, ranging from being a War Bride at the end of World War II to surviving domestic violence in London.

Alix is currently researching the fate of 'fallen women' in Wales, generously supported by an Arts Council of Wales research and development grant, in terms of story and psycho-geography, having produced and ongoing series of paintings called Foetus Flowers which celebrate the 'shameful' births of babies in Magdalene Laundries. Alix works intuitively using touch and percussive elements to transfer emotion to the canvas. Responses to site visits and archival research about these forgotten women in Wales include installation Keepsakes, currently on display at Llanover Hall Arts Centre, paintings Whitewashed and Mentally Deficient based on the workhouse where unmarried mothers ended up in Pontypridd and Bereft. 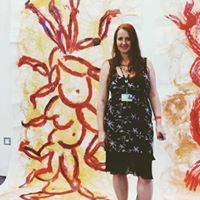 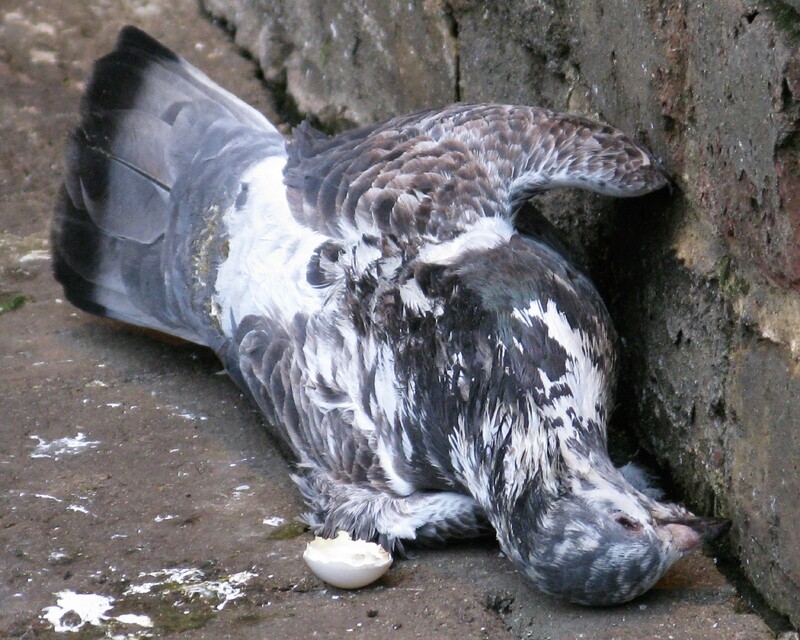 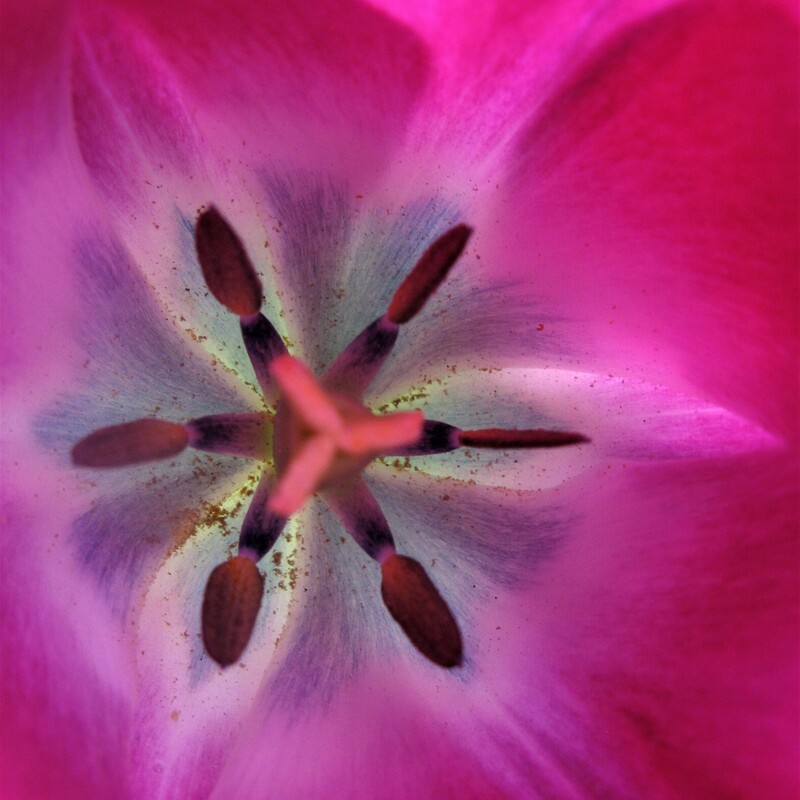 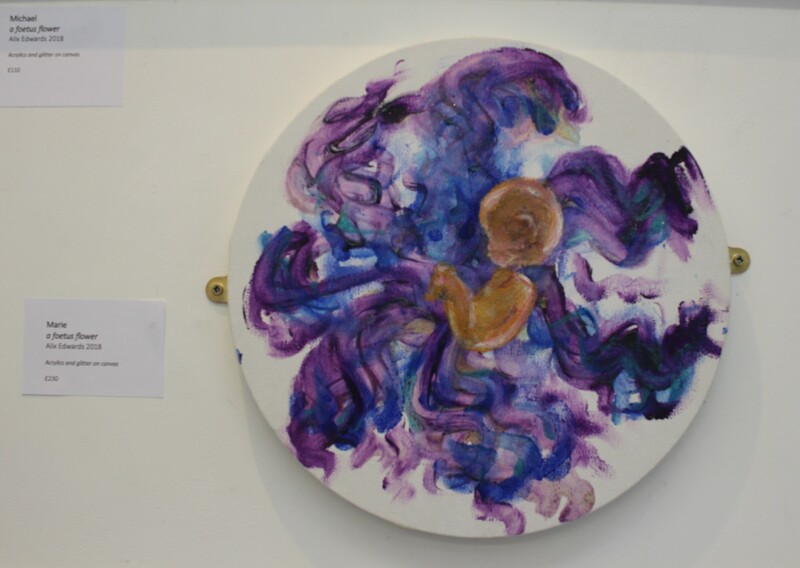 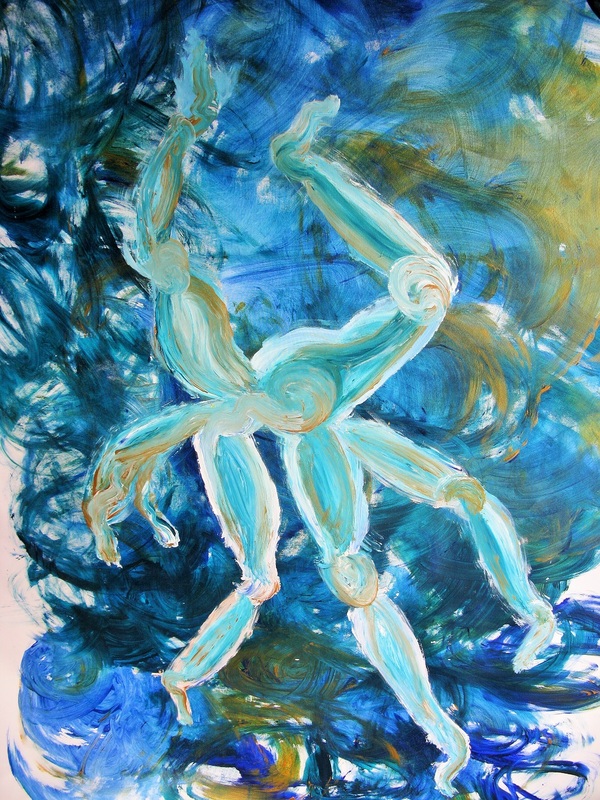 Bodyflow, Acrylics and glitter on canvas, 2016

Saints, Sinners and Stories: the Magdalene Laundries in Wales, Photography, 2020 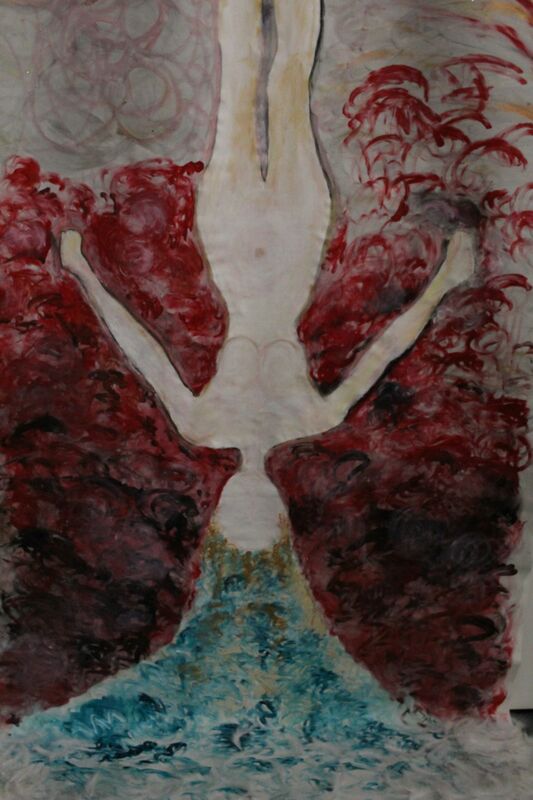