JOYCE DATILES is a visual artist, screenwriter / director and historian. Her body of work is composed of art films and photography for which she has won awards and exhibited internationally at Cannes, PRADA Journal, VOGUE Italia, Sundance London, Royal Academy of Art, British Film Institute (BFI), DC Shorts, Festival of the Moving Image, Canada Indie and Open City Docs, among others. Joyce will be directing a film adaptation based on a short story by master of suspense and the supernatural, STEPHEN KING (IT, THE DARK TOWER, CARRIE) that goes into production in Ireland this autumn.

She is co-founder of The Spectacle Makers Productions, an independent mixed media production company supported by the Mayor of London’s Good Growth Fund (https://thespectaclemakers.com). THE SPECTACLE MAKERS is based at Somerset House and operates out of London, Oxford and Cardiff, Wales.

Joyce was recently selected by CREATIVE ENGLAND as one of ten female creatives for its inaugural INDUSTRY EQUALS: WOMEN IN SCREEN 2019-2020. She is currently in TOR Emerging Writers 2019-2020 with BAD WOLF TV (A DISCOVERY OF WITCHES, HIS DARK MATERIALS, THE NIGHT OF) during which she is developing an original historical drama TV series pilot. Her screenplays have been selected for the 2019 BFI NETWORK Producers Lab for first features, as a finalist in 2019 BBC Wales It’s My Shout and for 2018 Cambridge Film Festival Writers Lab.

Alongside her creative work, Joyce is an academic historian. She holds a dual doctorate in ancient history and visual anthropology from UCL where she is currently an honorary research fellow. She specialises in ancient battle and the concepts of heroism, both in history and on screen.

Prior to UCL she studied political science, international relations and history at Oxford, Cambridge and Georgetown. Her academic research has been supported by the Arts and Humanities Research Council (AHRC), Cambridge Trust, British School of Archaeology in Athens and Institute of Historical Research (IHR).

Joyce's work has supported and will always seek ways to promote gender and ethnic parity in order to celebrate our diverse world through art, the moving image, writing and research.

She works between the UK and USA. 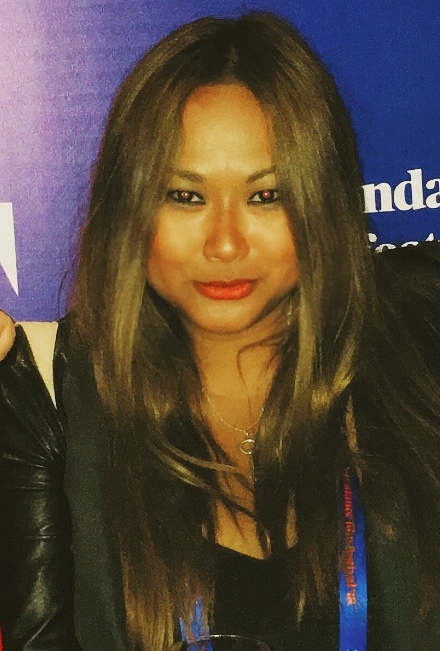