Kate Walters Cornwall and Isles of Scilly, United Kingdom
Back to profiles

Painting is a physical and decisive act: a mark initiating a world, forcing a form into existence, drawing ephemeral fragments from the imagination into physical being. Paint builds – it structures and shapes, leaving a pigment deposit on paper and canvas; allowing formless things to become concrete, drawing the invisible into perceivable being. But this is not what we encounter in Kate Walters’ Shetland watercolours.

These are not paintings that build form, but vehicles through which we are pulled into formlessness; encounters with the ephemeral rather than the physical, a breath of pigment deposited onto paper that suggests figures and forms without defining their solid presence. Figures float into being, still tethered into the void, their weightless form a hesitant proposition.

The origin of these tentative creatures was a dream granted to Walters when she was recently staying on Shetland; a vision of her foetal form cast adrift in a disembodied uterus, its unbounded body free of physical constraints, floating in interconnected communion with the universe. It is perhaps unsurprising that such a dream should have come on Shetland, a thin space where physical boundaries are dissolved in the constant ebb and flow that blends sea and shore in a swirling, unresolved flux.

As she watched seals blur the line between sea and air and terns draw soaring patterns in the air before plunging into crystalline waters, Walters herself became a shamanic hollow bone, a conduit between the physical and immaterial realms. In her sketches she is seal, fulmar, tern and foetus, a boundary crosser, diving into a cosmic space before birth and after death where everything is held in unresolved, undifferentiated potential. Rev'd Dr Richard Davey 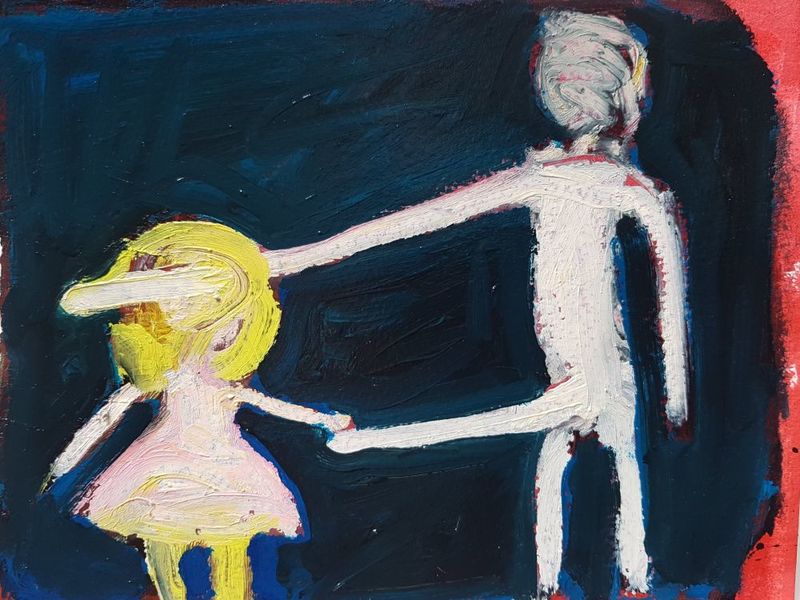 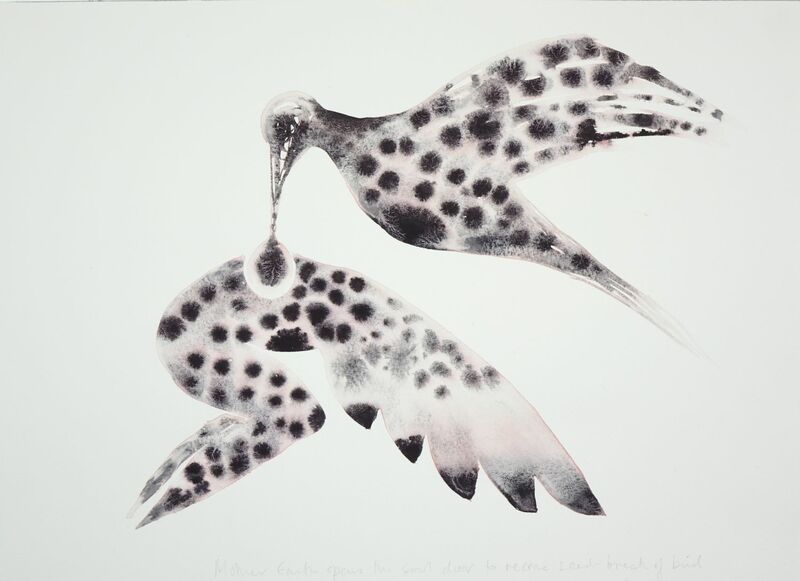 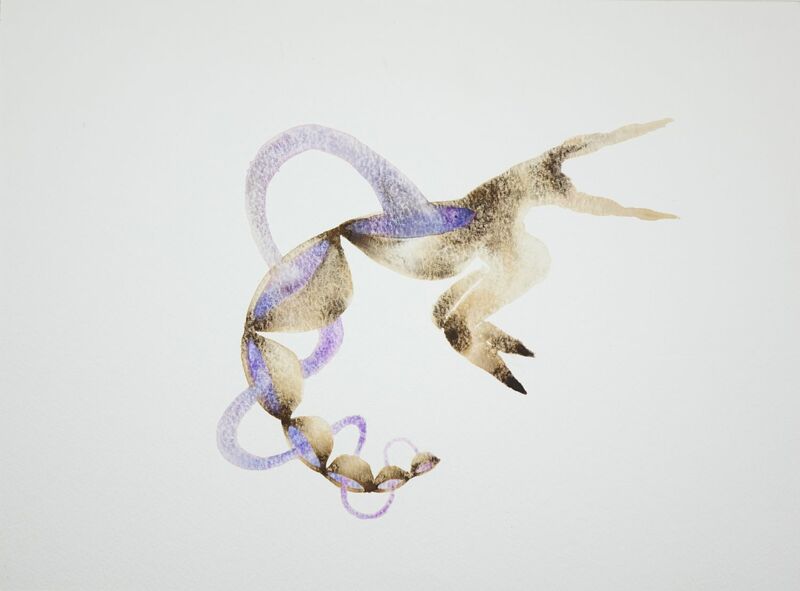 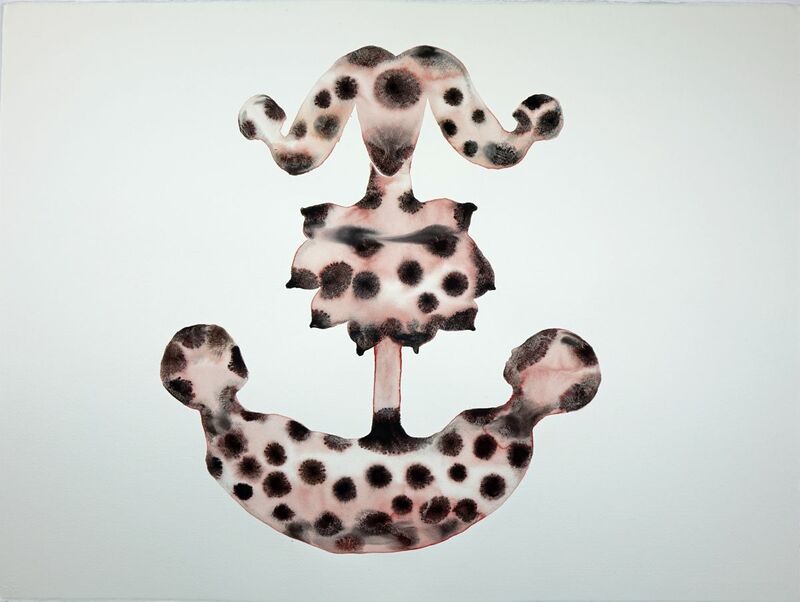 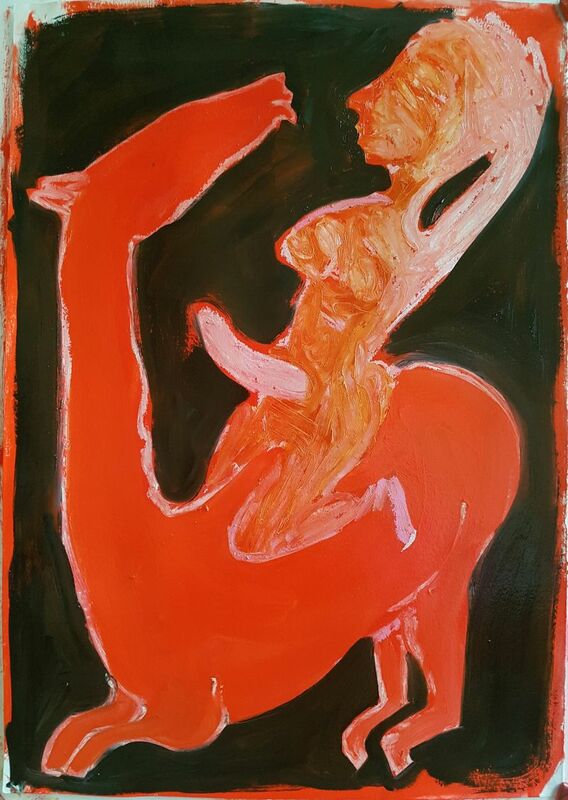 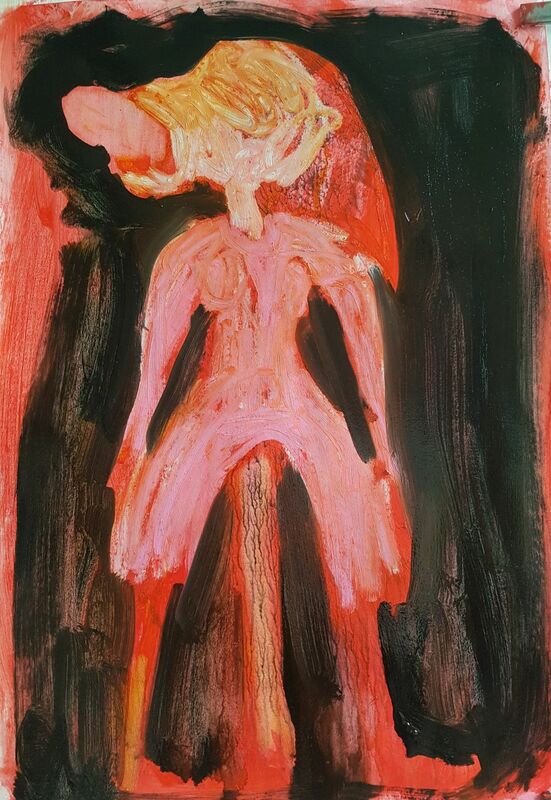 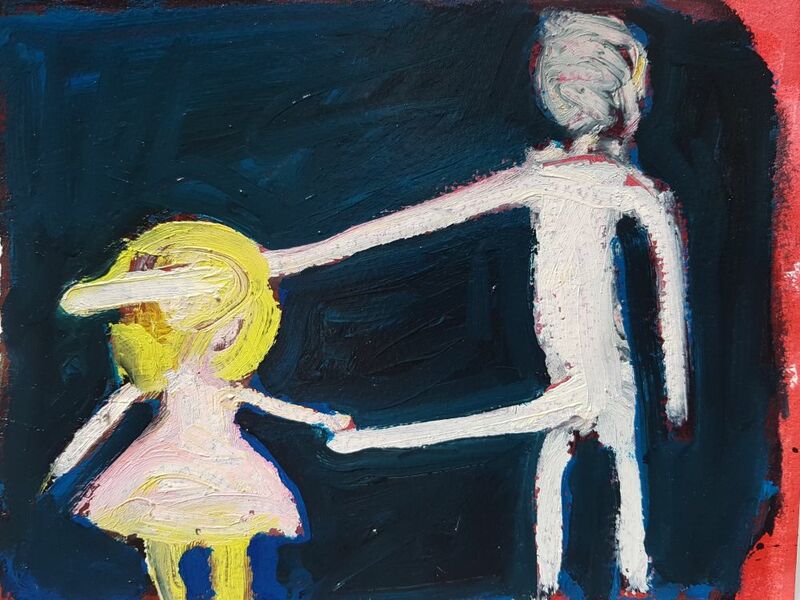