Born 1980, London, UK. Painter. Part trained at Ruskin School of Art and Oxford Brookes University, part self-taught. Works in the traditional genres of portrait, landscape and 'history' painting, with a contemporary angle and style. Interested in representing non-places and dreamscapes with (often female) figures acting as avatars for personal experience.

My process involves collating found photographic sources (from print media, the internet and films) and rephotographing them multiple times from the screen of a phone or computer. This provides a starting point for the colour reductions and textural confusions (moire lines) which characterise my work.

In my recent work I present painterly non-places, which amplify the emotional charge of the figures inhabiting them. The paintings often capture a moment of hesitation or transition. Figures emerge from or recede into a pattern of lines. My source imagery and process of rephotographing the photos of the screen create a sense of an existence concealed or made up of veils, raising questions of (female) identity. The images appear deliberately veiled or rippled, in part a reference to the material support the painter uses (a woven material, i.e. canvas), and to how such materials have been historically created by a female workforce. As well as referencing the colour and feel of cinema, they allude to classical myth and pre-Raphaelite representations of women, in terms of dress and pose. In terms of style, the paintings present an inventive take on the work of artists such as Luc Tuymans and Gerhard Richter, who have also taken photographs and cinema as their source material.

As portraits, they speak of female identity and expectations. My figures are avatars, enabling me to capture moments I can relate to, those moments we have to ourselves which can happen at any time, when we suddenly realise the illusory nature of existence and that consciousness is actually an empty space of being. The uncertainty and vertigo of such a revelation often shows on the figure's face, as the veil of 'Maya' comes down. My own meditation practice inspires me to notice and seek out these moments. Slowed down cinema in particular holds many possibilities for capturing the minutiae of facial expressions and emotions. Often employing repeated lines and curving iterative shapes, the work hints at a realization of the ‘world-as-appearance’: the world can only ever be seen through a series of veils and foils, and the (often female) subject is seemingly trapped in this kind of experience. The viewer can feel the epiphanic, slightly troubled moments represented in my paintings as their own, raising concerns about the subjective nature of experience and gender. 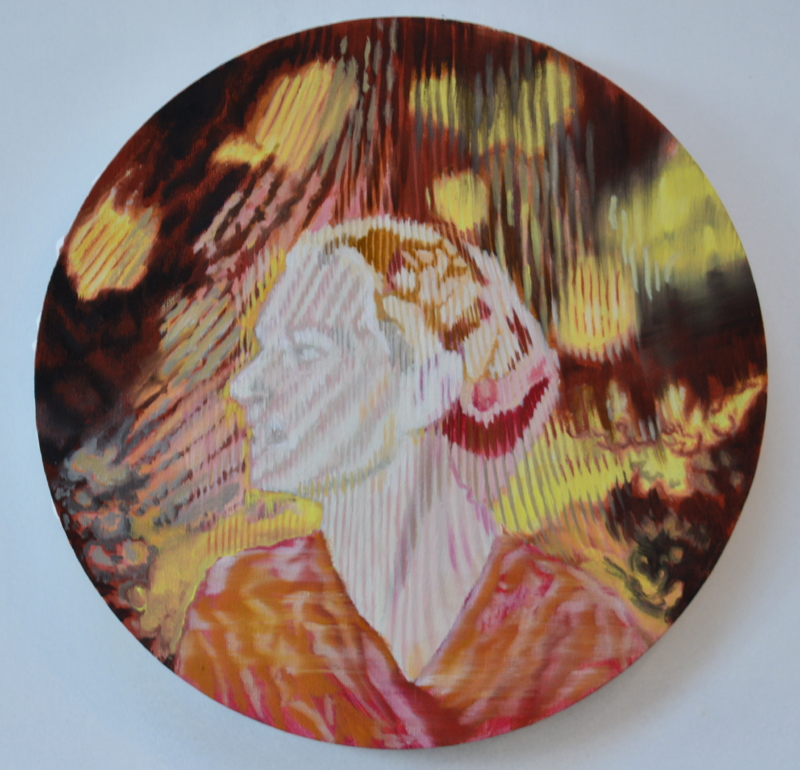 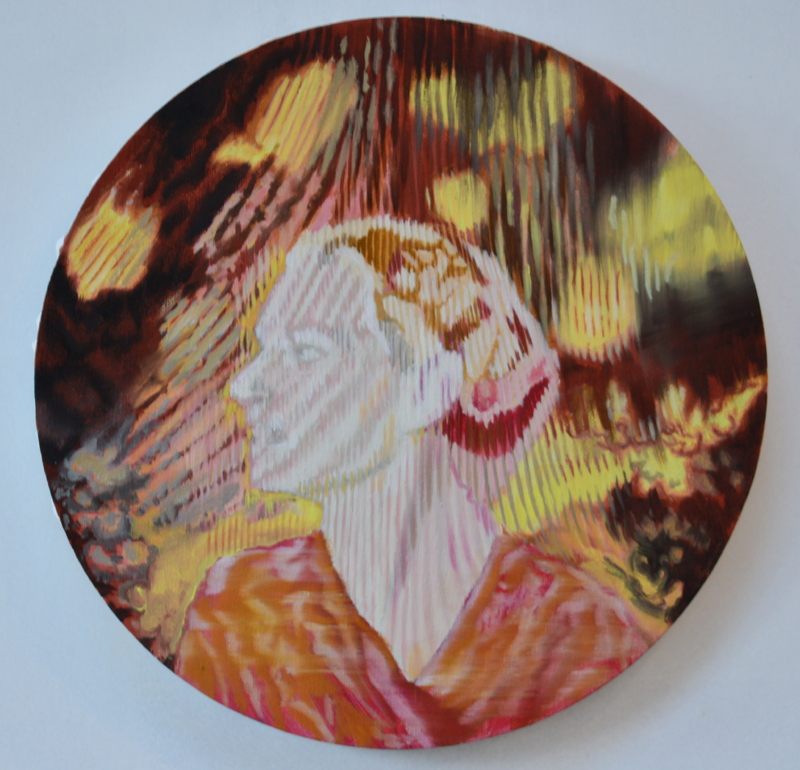 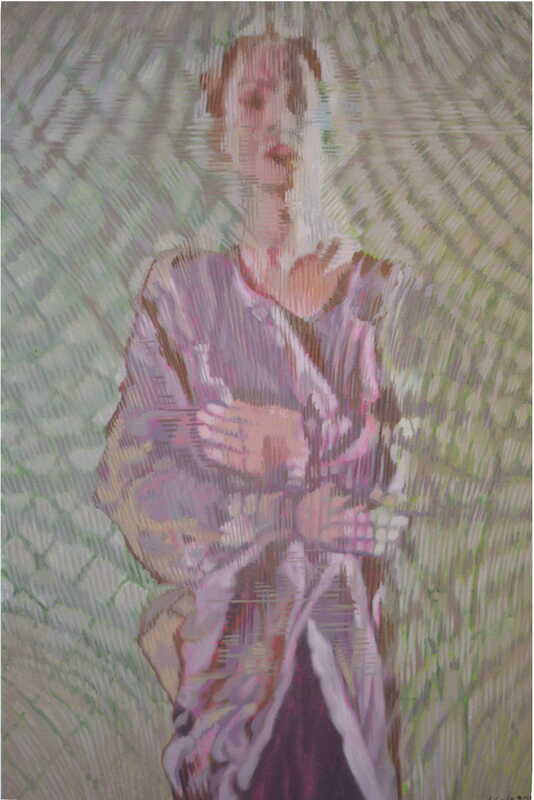 that grooved emulsion in which dead people ran about, Oil on canvas, 2020, POA 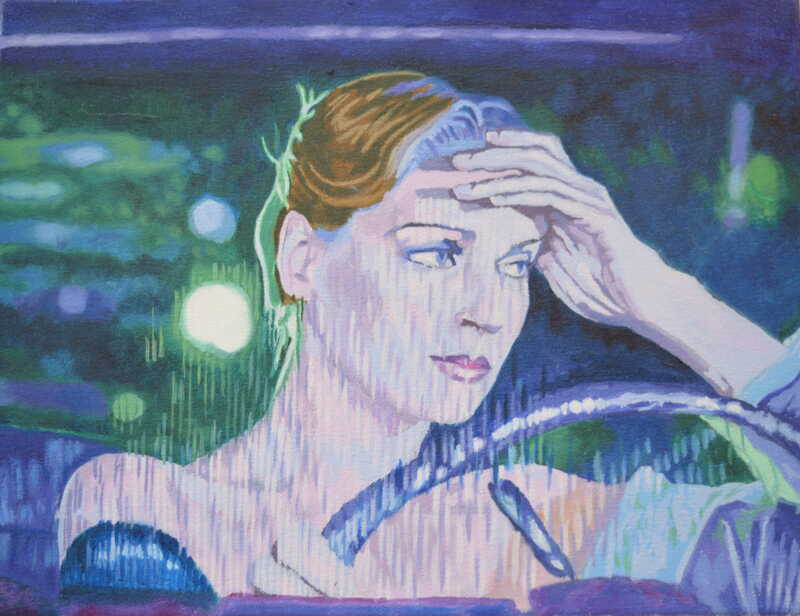 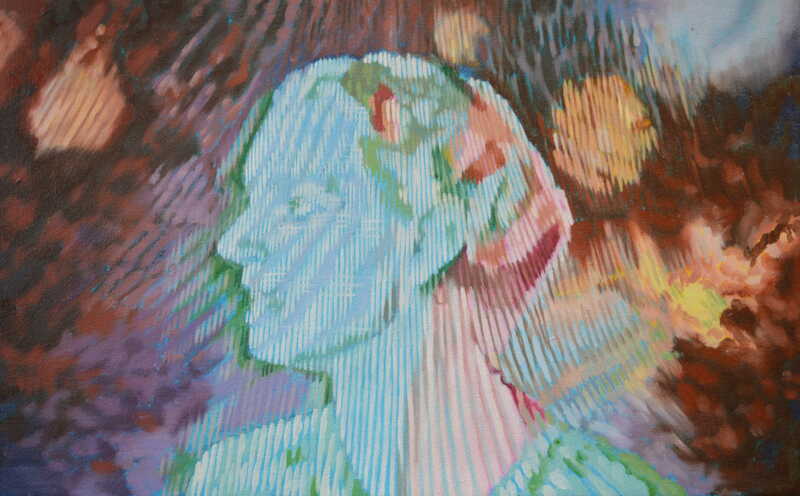 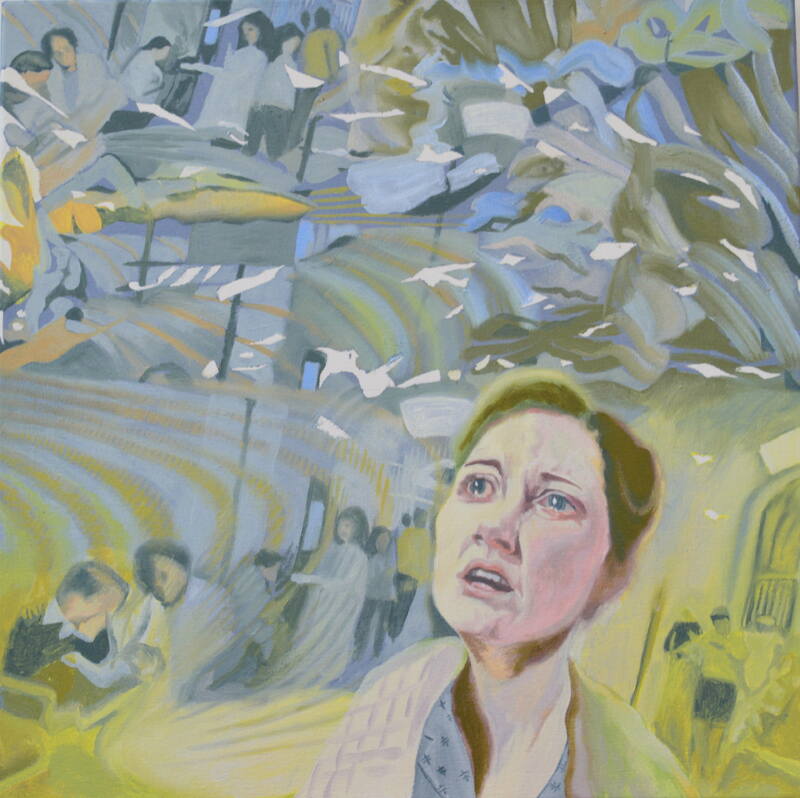 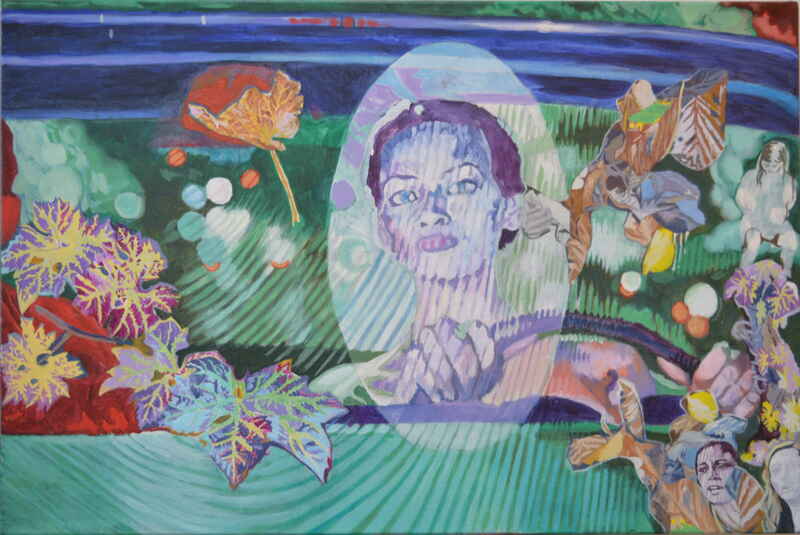 The Supposition of her existence, Oil on canvas, 2020, POA 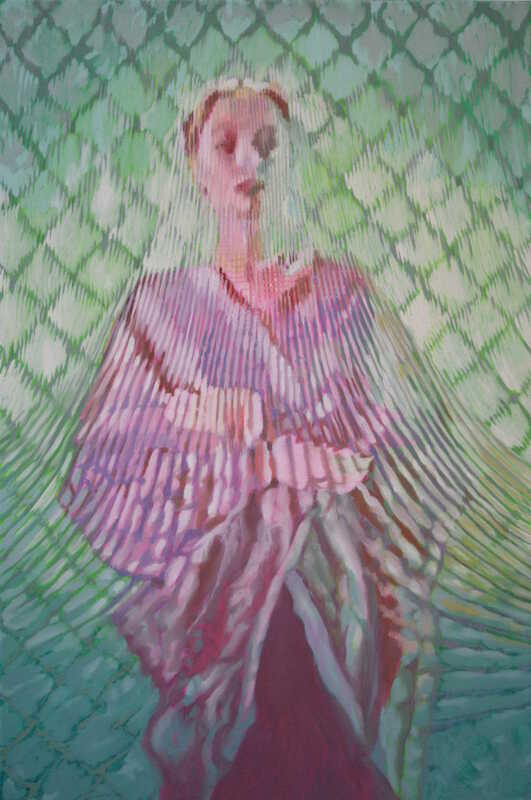 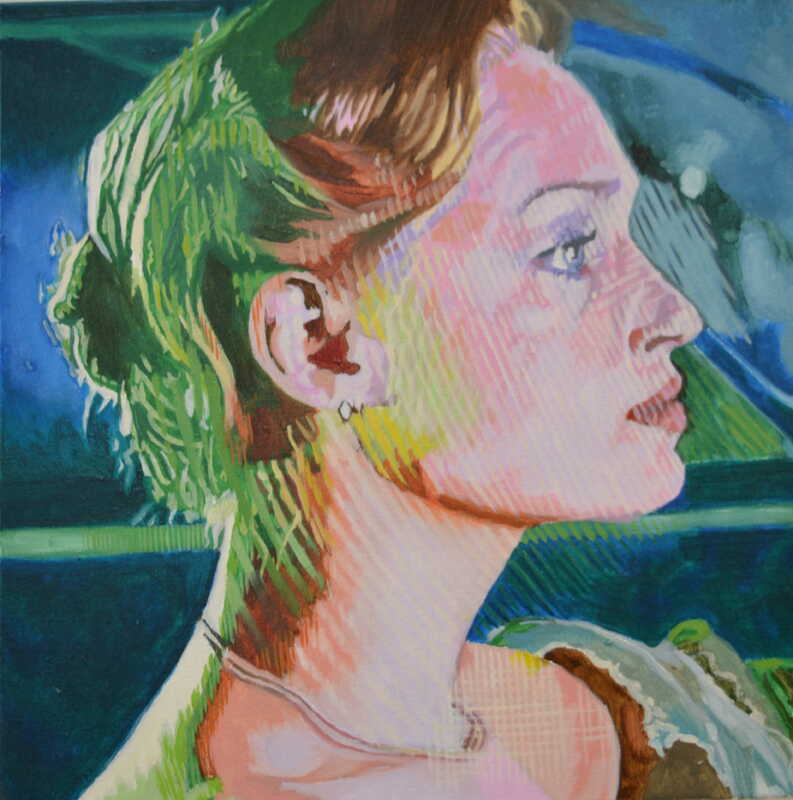 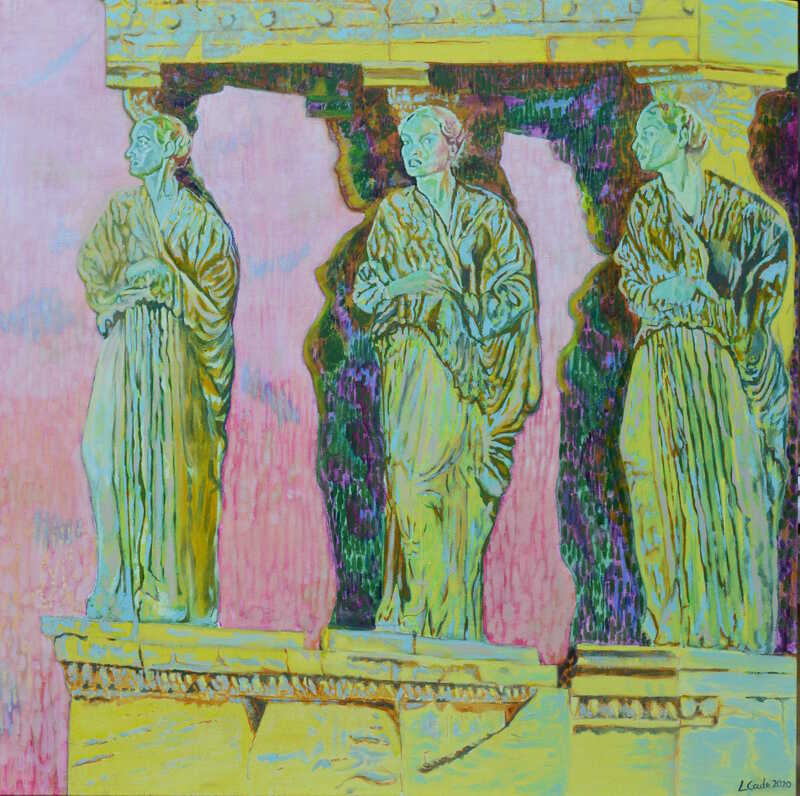