I am a graphic designer and a visual artist. I work mostly in oil on canvas but work sometimes with acrylic and water colour. Most of my recent paintings were influenced political and social upheaval of our world today and the works of the Renaissance artists. I do not like artworks to be just for decoration but to evoke feelings.

Nigerian born, American trained Artist, O. Yemi Tubi residing in United Kingdom is an artist with creative and unique personal style. Most of his recent paintings were influenced political and social upheaval of our world today and the works of the Renaissance artists. He does not like artworks to be just for decoration but to evoke feelings.

O. Yemi uses his works to speak passionately about the issues that touch his heart. He uses his painting “African’t” to speak about the exploitation of African nations The Painting depicts paradoxical poverty and the riches of Africa. “The Fishers of Men” is about the horror of refugees drowning in Mediterranean Sea. O. Yemi desires his portrait paintings to be uniquely creative and often uses the paintings to tell stories about his subjects as he did with the portrait of Professor Wole Soyinka, 1986 Nobel Prize Winner in Literature in painting “SOYINKA: A Literary Icon” in which he used books and flowing letters to create the portrait. The original painting was sold in 2017 by international recognized gallery – Saatchiart to an art collector in USA.

Life is roses and thorns; sometimes it emanates sweet aroma of pleasantness and sometimes it pricks and causes pains. O. Yemi adopts Roses and Thorns to speak about the facts of life in some of his paintings. His paintings, “The Bleeding Roses” and “Domestic Abuse” are two paintings in which the main objects of the paintings are roses and stems woven into human figures.

O. Yemi works was awarded 1st, 2nd, 4th, 5th and 6th places in political commentaries in American Art Awards from 2014 to 2017. He was recipient Golden Award with cash award in 2014 Master of Art International exhibition by Margarita Feaks Gallery, UK. He also received First Round Award with cash in Art Olympia 2015 International Open exhibition in Tokyo Japan. O. Yemi was one of the artists awarded 2017, ATIM’S TOP 60 MASTERS OF CONTEMPORARY ART by Art Tour International Magazine in Florence, Italy.

O. Yemi a member of the Fine Art America, the Society of All Artists, AERA –the Association Embracing Realistic Art and WCA- World Citizen Artists. 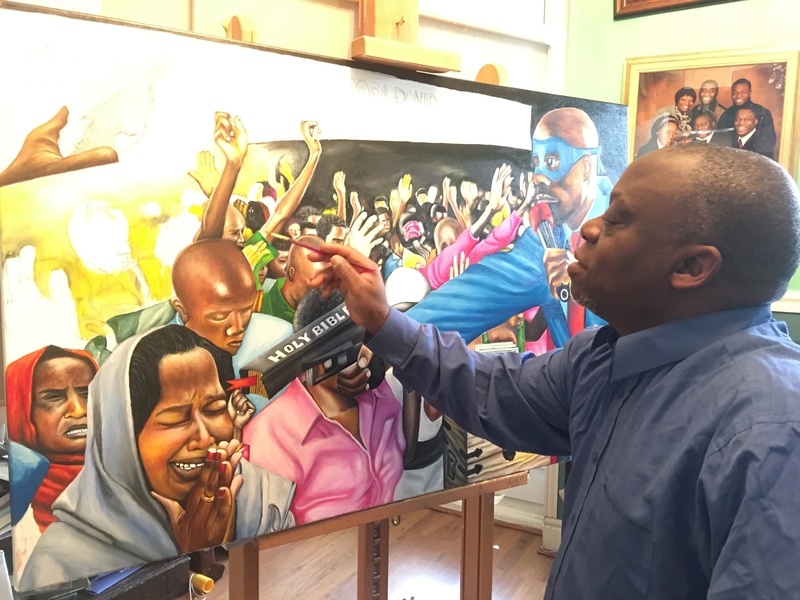 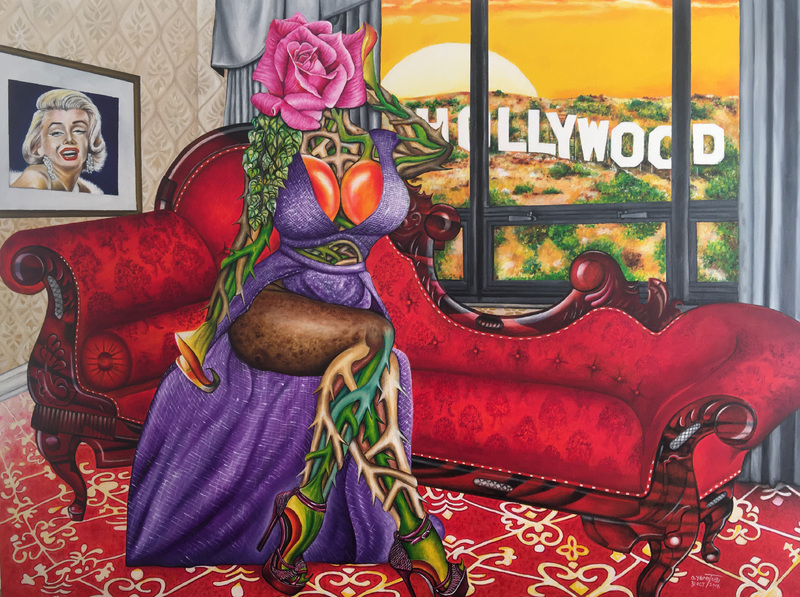